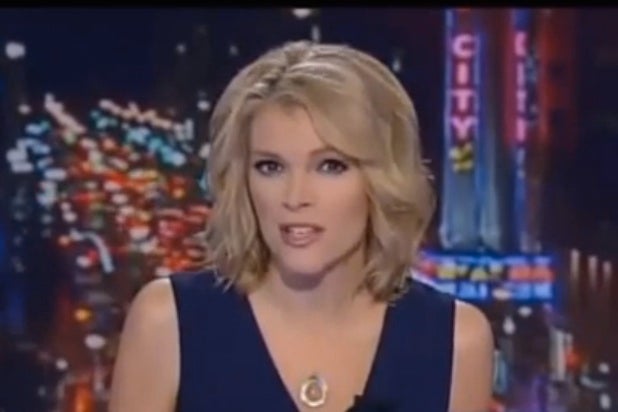 Fox News host Megyn Kelly was shocked by Jenny McCarthy‘s recent assertion that she wasn’t anti-vaccine in a Chicago Sun-Times op-ed and played a greatest hits montage of the “View” host’s many anti-vaccination statements over the years.

“Yeah! That kind of shocks me as well, Megyn!” Loesch exclaimed incredulously. “Her quotes say otherwise. If you’re not against vaccinations you don’t say things like, well if we’re going to stay in line for autism or measles we’ll stay in line for measles because you’re presupposing that all vaccinations are triggering autism which — you know, you’re entitled to our own opinion but not your own set of facts! Science is disputing this. So this is a really serious issue and, Megyn, I know you have little ones. I have kids as well I don’t want to be looked as a bad mother if there’s junk science that comes out one day to the next about vaccinations. All I know, is that when I have a question about vaccination schedules I’ll go to my pediatrician who has studied this!”

“She has such a high-profile,” Kelly said. “She raised a lot of people’s fears about this!”

Kelly did try to point out that McCarthy clarified she was against several of the ingredients in vaccines.

“That’s not even supported by science!” Loesch countered. “This is the same woman promoting e-cigarettes. You’re inhaling nicotine into your body, if you want to talk about toxins! She’s a big supporter of getting botox. Those are one of the most deadliest things you can inject in your body. She’s for those toxins so I’m not sure where she draws the line on that. You’re right. she has a position of influence and it is wrong.”

Kelly told an anecdote that pediatricians have said they’re struggling to send the message of getting kids vaccinated when a vivacious celebrity is telling them otherwise.