Mel Gibson will take on another big action role in the thriller “Hot Seat,” starring alongside “One Tree Hill” actor Chad Michael Murray, Gibson’s reps confirmed to TheWrap. The film is set to begin production on Nov. 1 in Mexico.

Lionsgate will release the film through its Grindstone partnership, and foreign sales will be handled by Highland Entertainment. James Cullen Bressack (“Fortress”) will direct. Randall Emmett and George Furla are producing with Bressack, and Gary Raskin and Alistair Burlingham will be executive producers and co-financers. Lionsgate is releasing the film through Emmett and Furla’s longterm deal at Lionsgate.

Based on a story by Leon Langford and Collin Watts, “Hot Seat” tells the story of an ex-hacker who is forced to break into banking institutions by an anonymous man who planted a bomb under his chair at his office. Gibson’s character plays the man who must try to enter the booby-trapped building to get the young man off the “hot seat.” 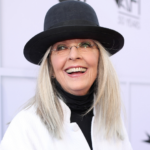 “This is our third movie with Mel and we couldn’t be happier to continue the relationship with such an iconic and exceptional artist,” Emmett and Furla told Deadline, which first reported the casting news.