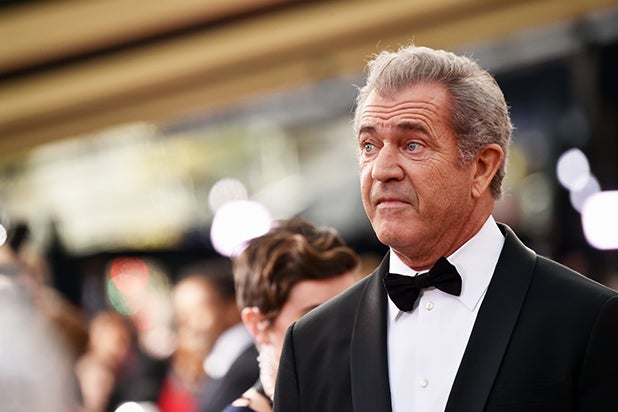 “Boss Level” is a co-production by Emmett/Furla/Oasis Films, Di Bonaventura Pictures, Carnahan and Grillo’s War Party, and Scott Free. Written and directed by “The Grey” and “The A-Team” director Joe Carnahan, “Boss Level” has a “Groundhog Day,” “Edge of Tomorrow” vibe.

The film follows a retired U.S. Army Special Forces veteran (Grillo) trapped in a never-ending loop, resulting in his death every day. In order to stop his endless suffering, he must figure out who is responsible and stop them.

“‘Boss Level’ is a powerful, action-packed, and highly-anticipated theatrical release,” Allen, head of Entertainment Studios said in a statement. “‘Boss Level’ combines non-stop action with an all-star cast, including Frank Grillo, Ken Jeong, Academy Award-winner Mel Gibson, and Academy Award-nominee Naomi Watts.  We are thrilled to have director Joe Carnahan at the helm to deliver what we believe will be a blockbuster.”

Allen’s Entertainment Studios has made some noise in Hollywood, picking up theatrical rights to films other studios would otherwise relegate straight to DVD.

The studio bought what would go on to be 2017’s highest-grossing independent movie, “47 Meters Down,” from the Weinstein Co. The film, starring Mandy Moore has grossed over $44 million to date. Most recently Entertainment Studios released the Kennedy mystery-thriller “Chappaquiddick.”

“Byron and I have been friends for over a decade, and my business partner, George Furla, has known Byron for over 30 years since their USC Film School days. We both believe Byron’s passion and taste are second to none,” producer Randall Emmett said in a statement. “The plan for Entertainment Studios Motion Pictures to give ‘Boss Level’ a wide theatrical release gives our film and writer/director Joe Carnahan’s vision exactly what we had hoped for when we put this project together.”

The deal was negotiated by Entertainment Studios’ Head of Acquisitions, Chris Charalambous, and Wayne Marc Godfrey of The Fyzz Facility on behalf of Emmett/Furla/Oasis Films.