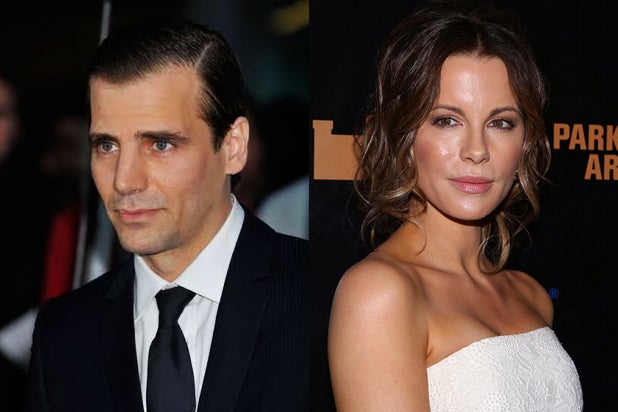 British actor Mel Raido (“The Informers”) is set to star opposite Kate Beckinsale in Relativity Studios’ dramatic thriller “The Disappointments Room,” which will begin filming on Sept. 8, TheWrap has learned.

D.J. Caruso (“Disturbia”) is directing from an original screenplay by “Prison Break” star and “Stoker” scribe Wentworth Miller, which Caruso then rewrote.

Geyer Kosinski (“Before I Go To Sleep”) is producing the movie, while Relativity president Tucker Tooley (“The Fighter”) is executive producing with Demarest Films. Relativity’s Robbie Brenner will oversee the project for the studio.

Inspired by chilling true events, “The Disappointments Room” chronicles one family’s terror-filled encounter within their own home. Looking for a fresh start, Dana (Beckinsale), David (Raido) and their 5-year-old son Lucas move into a beautiful old rural home that’s everything the family dreams of — and more. Hidden within the attic is a secret room, and when frightening, unexplainable events lead Dana to discover the long lost key to the room, she accidentally unlocks a host of unimaginable horrors that reveal the house’s past is terrifyingly tied to her own.

Raido recently completed Brian Helgeland‘s “Legend” along with Tom Hardy, and he’ll soon be seen in the upcoming film “Gemma Bovery” opposite Gemma Arterton. He previously starred in the Bret Easton Ellis adaptation “The Informers” as well as the crime drama “Clubbed,” and appeared on “Law & Order: UK” and Cinemax’s “Strike Back.”

Kosinski was an executive producer on FX’s acclaimed series “Fargo” and is up for an Emmy for outstanding miniseries.

In addition to next week’s Pierce Brosnan action movie “The November Man,” Relativity Studios will release “Hector and the Search for Happiness in theaters on Sept. 19, an adaptation of author Nicholas Sparks’ “The Best of Me” on Oct. 17 and “Beyond the Lights” on Nov. 14.