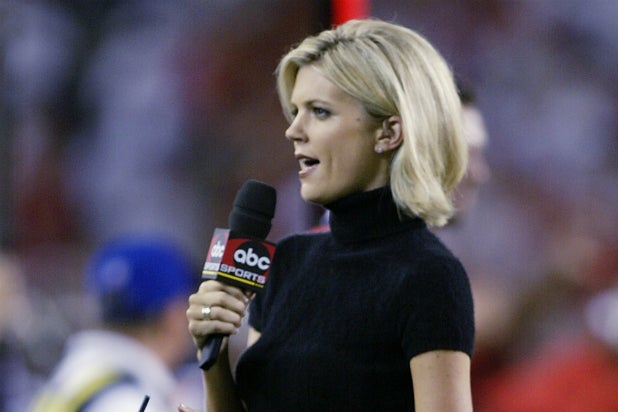 The NFL Network sideline reporter was drilled in the head Sunday by an errant football while (ironically, it turns out) rattling off injury updates. The whole thing was captured on live TV, which we’re sure she is thrilled about.

Watch the video, which was shot before the Los Angeles Chargers vs. Tennessee Titans game over in London, below. By the end of Stark’s pregame check-in, her in-studio colleagues were cracking up about the whole thing. Stark was game for the wisecracks, officially listing her own status as “Questionable.”

If you care to hear the latest on #TENvsLAC, watch this video. It may or may not include @melissastark getting hit in the head with a ???? pic.twitter.com/VwJuSZjxzY

Fortunately, Stark says she is uninjured.

All jokes aside, that is a better fate than Fox Sports sideline reporter Pam Oliver suffered in 2013 when she received a concussion from a similar incident.

Keep your head on a swivel out there.