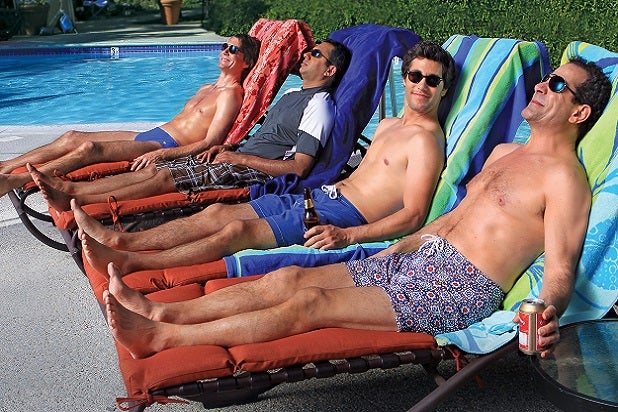 The comedy, which starred Jerry O’Connell, Tony Shalhoub, Chris Smith and Kal Penn, has been pulled from the network’s schedule, effective Oct. 14.

“2 Broke Girls” will move into the show’s 8:30 time slot, with “Big Bang Theory” repeats filling the 9 p.m. time slot for the time being, and “Mike & Molly” taking up the 9 p.m. timeslot Nov. 4 when it premieres its fourth season.

The series, about a group of single men living in the same apartment building, premiered Sept. 30 to a 2.0 rating/5 share in the advertiser-coveted 18-49 demographic — the network’s lowest-rated in-season comedy debut on record, and dropped from there with its second season.

The new Chuck Lorre comedy “Mom” will remain in place at 9:30, and the freshman drama “Hostages” will retain its 10 p.m. timeslot.

The rescheduling removes the weak link from CBS’s Monday night schedule, and also pairs “Mom” with other Chuck Lorre series in the forms of the hugely popular “Big Bang Theory” and “Mike & Molly” which could help bolster the show’s chances. (“Mom,” starring Allison Janney and Anna Faris, premiered to a solid 2.5/6.)

“We Are Men” follows ABCs “Lucky 7” among this season’s early cancellations.