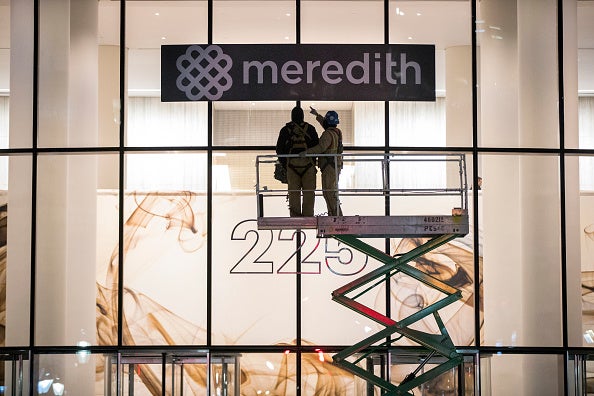 Money — the magazine — used to be big business, but it halted its print edition in April and the sale of Money.com was announced by Meredith on Tuesday.

According to a release from Meredith, Money.com, which still brings in about 4 million visitors per month, was sold to Ad Practitioners LLC, a portfolio of digital brands that includes ConsumersAdvocate.org. As Practitioners LLC was founded in 2016 by Greg Powel, who spent a decade at Google. The site still maintains 14 staffers who will “remain Meredith employees until Jan. 31, 2020, at the latest,” the release says.

Per the release, terms haven’t been announced, but the New York Post cites sources who say the brand sold for “just over $20 million.”

“We are pleased to find a great home for the Money brand and wish all parties great success under the new ownership,” Meredith chief development officer John Zieser said in a statement. “We continue to make significant progress on our asset sales and expect to shortly announce additional transactions at attractive multiples.”

In September 2018, Salesforce founder and co-CEO Marc Benioff and his wife, Lynne Benioff,  announced plans to purchase Time Magazine from Meredith for $190 million in cash. At that time, Meredith, which completed a $2.8 billion all-cash acquisition of Time Inc. earlier that year, said the transaction was subject to regulatory approval and expected to close within 30 days.

In March 2018, just over a month after completing the acquisition, Meredith announced plans to sell the flagship magazine as well as to seek buyers for  other longtime Time Inc. titles — including Money — that did not fit into its more female-skewing portfolio of magazine brands.