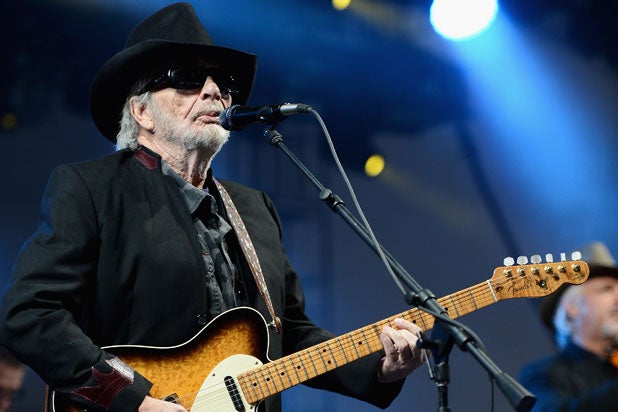 Haggard had been battling pneumonia, and was hospitalized earlier this year.

The Tennessean reports that Haggard died in California. The Associated Press reported that Haggard’s manager, Frank Mull, said the country icon died in Palo Cedro, east of Redding, in northern California. Mull told The AP that the pneumonia in both Haggard’s lungs had forced the singer to cancel several shows this year.

Born in Bakersfield, California, in 1937, Haggard had a colorful personal life as well as a successful music career, spending time in San Quentin State Prison after an attempted burglary.

Becoming involved in Bakersfield’s music scene, Haggard played bass in Buck Owens’ band, and played with Wynn Stewart before making his own mark in music.

The singer was perhaps best known for the 1969 song “Okie From Muskogee.” Another signature tune, “The Fightin’ Side of Me,” was released the following year.

With lyrics such as “We don’t smoke marijuana in Muskogee/We don’t take no trips on LSD,” “Okie From Muskogee” was seen by many as a dig at the then-burgeoning hippie counterculture. Haggard vacillated over the years as to whether that was his genuine intent, at one time saying that the song was a tribute to his late father, and later saying that he felt that the hippies “were unqualified to judge America.”

Haggard was inducted into the Country Music Hall of Fame in 1994, and racked up nearly 40 No. 1 hits, his last being 1987’s “Twinkle, Twinkle Lucky Star.”

Regarded as a part of the outlaw country movement of the 1970s, Haggard’s career took a left turn in 2000, when he released “Kickin’ Out the Footlights … Again” with George Jones for the punk label Anti-. He would record a second album for the label, “Last of the Breed” with Willie Nelson and Ray Price, the following year.

Haggard was diagnosed with lung cancer in 2008, but recovered after surgery during which a piece of his lung was removed.

Haggard, whose last solo album “Working in Tennessee” was released in 2011, is survived by his wife Theresa and children Dana, Marty, Kelli, Noel, Ben and Jenessa.