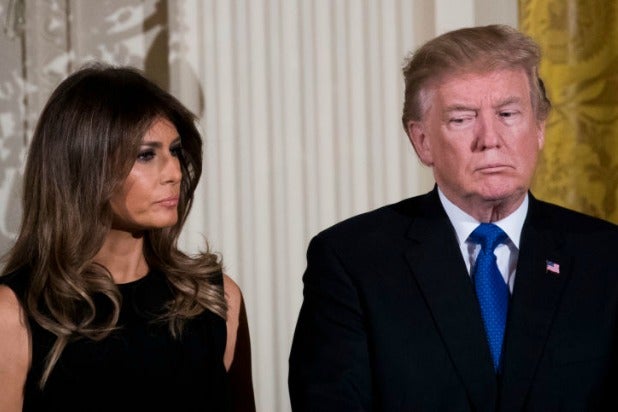 On its “Trend Watch” page, the site explained, “Schadenfreude is defined as ‘enjoyment obtained from the troubles of others.’ The English word was borrowed from German in the middle of the 19th century. In German it comes from Schaden (‘damage’) and Freude (‘joy’).”

The “Trend Watch” page also pointed out that the word was the top lookup for Friday “by a very considerable margin” and the searches began after Trump tweeted that he and First Lady Melania Trump had tested positive.

Many Twitter posts included the word, from jokes to screenshots of Google searches for “can you die from schadenfreude.”

“I join in the chorus of those who wish a speedy and full recovery to President Trump, the First Lady, Hope Hicks, and all who were exposed to them in recent days. This is no time for cruelty, schadenfreude, or any other form of small-mindedness,” wrote Harvard Law professor Laurence Tribe.

After news broke late Thursday night that the president and first lady tested positive, many celebrities also took to Twitter to note the irony of Trump — who has long downplayed the virus — contracting it. Read more here.