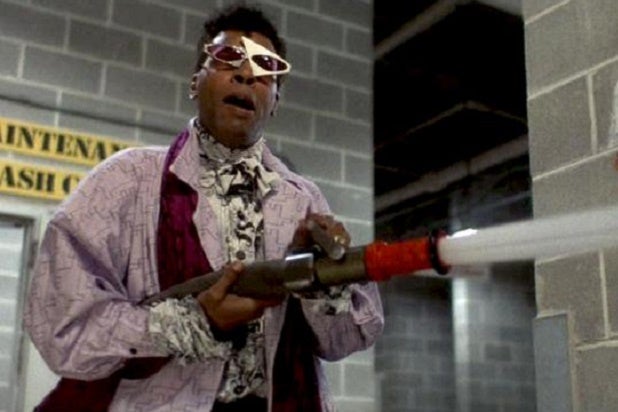 Meshach Taylor, who died Saturday, was most well known for his role as the lovable assistant Anthony Bouvier on the hit CBS sitcom “Designing Women.”

He earned an Emmy nomination for Best Supporting Actor while showing his comedic chops playing against Dixie Carter, Delta Burke, Annie Potts and Jean Smart — and always gave as good as he got.

Taylor was mainly a TV actor, but his big-screen role as the flamboyant Hollywood Montrose in the 1987 cult favorite movie “Mannequin” was a classic.

Here a few of his most memorable comedic moments:

In this “Designing Women” clip, Taylor’s Anthony is pressed into working at a burger joint:

In “New Year’s Daze,” Taylor gathers with the gals, a Christmas tree and an escaped con:

In this one, Taylor’s Anthony gets to deliver a valedictorian address at his graduation – but only after being shot by Suzanne (Burke), who mistakes him for a burglar:

In this clip from the TV show “Dave’s World,” he helps — or at least tries to help — Shadoe Stevens recover from a heart attack:

As out-and-proud window dresser Hollywood Montrose, Taylor steals just about every scene that he plays in the 1987 film “Mannequin”: