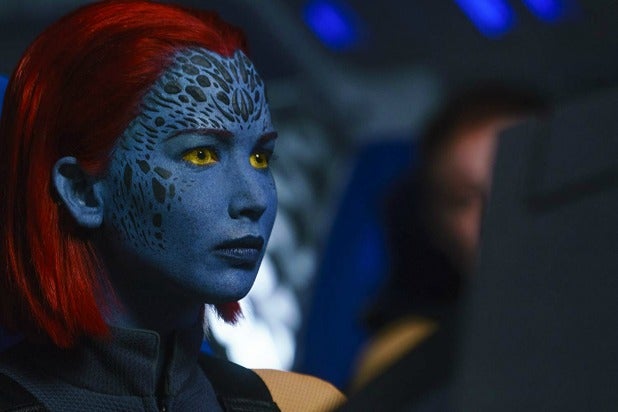 (We spoil the entire ending of “Dark Phoenix” here, and since this is about the full franchise we’ll also have spoilers for the rest of the “X-Men” movies as well)

“X-Men: Dark Phoenix” was the lowest grossing entry in Fox’s “X-Men” movie franchise, and it wasn’t close. But the flick, which concludes the main series of “X-Men” movies that began all the way back in 2000, has landed on HBO, and we’re all in coronavirus quarantine, and so a lot of folks are finally giving it a shot. Might as well just go for it, right? “Dark Phoenix” is the capper on a movie series that has been around for two decades, and the oldest of all the current Marvel franchises. You oughtta see how it all ends.

It’s only the end of this whole thing because of the Disney-Fox merger, of course — “X-Men: Dark Phoenix” actually ends on a somewhat ambiguous note, rather than the sort of definitive conclusion you’d generally expect from the end of a two-decade series. And no, that’s not because the spinoff “New Mutants” will someday be actually released, despite all the delays. Or because a third “Deadpool” film starring Ryan Reynolds would seem to be a certainty though there hasn’t been any movement on that front in forever. (Either way, the “Deadpool” films are pretty much their own thing, connecting to the “X-Men” film series usually just to make jokes.)

“New Mutants,” as far as we can tell, won’t feature any character from the other Fox “X-Men” films. And as for post-“Dark Phoenix,” since Disney now owns 20th Century Fox, Marvel almost certainly intends to introduce the main X-Men into the Marvel Cinematic Universe at some point, and it’s unlikely they’re gonna keep going with these actors playing these characters — unless they really wanna get into that whole multiverse thing that was teased in both “Avengers: Endgame” and “Spider-Man: Far From Home.”

Adding to the confusion a bit is the fact that James McAvoy, Jennifer Lawrence, Michael Fassbender and Nicholas Hoult are all playing characters who have aged 30 years across the films they starred in, even though in the real world less than a decade has passed. Hoult was still a few months short of his 30th birthday when the movie came out, but in “Dark Phoenix” he’s playing a character who’s in his 60s without the aid of makeup to age him up. That kind of thing can mess with your head.