Mexican culture journalist and columnist Luis Enrique Ramírez has been killed in Culiacán, Mexico, according to Sinaloa-based magazine Espejo. The 59-year-old reporter is the ninth journalist killed in the country this year.

The cause of death was cited as a “traumatic brain injury” as a result of repeated concussive blows. He also had a gunshot wound in his right leg, as well as shrapnel injuries. Ramírez’s body was found wrapped in black plastic, according to CBS News.

According to Espejo, the decorated reporter — who received the Pablo de Villavicencio Award from the Autonomous University of Sinaloa, Sinaloa Cultural Festival’s journalism award and CREA’s José Pagés Llergo National Youth Journalism Award — was found dead on the side of the highway near the southern part of Sinaloa’s capital, Culiacán, where he was born. He had disappeared from his home, in the Los Pinos neighborhood of the city, prior to his death. 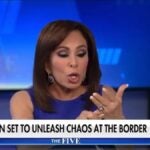 Ramírez began practicing journalism in 1980, following his studies in the Social Communication School of Sinaloa. He had bylines in local newspapers, such as El Debate and Noroeste. He later founded the independent website Fuentes Fidedignas, which translates to Reliable Sources. Later in Mexico City, he shifted into cultural journalism at larger national newspapers like El Financiero, El Nacional and La Jornada.

Sinaloa’s governor Rubén Rocha Moya vowed that an “immediate, rigorous and exhaustive” investigation” was underway. In the most recent update, no suspects had been identified, according to Sinaloa Attorney General Sara Bruna Quiñonez Estrada..

Following the news of his death, fellow reporters and newspapers banded together to decry the assassination. “There will be no impunity,” wrote government spokesperson and the president’s social communication general coordinator Jesús Ramírez Cuevas. El Debate’s Twitter banner displays the hashtags #JusticiaParaLuisEnrique and #NoDisparenALaPrensa, or Don’t Shoot the Press.

Though Mexican President Andrés Manuel López Obrador has promised to protect members of the press, Mexico remains one of the most dangerous countries for reporters. Additionally, Obrador’s own fierce, biased criticism of journalists with whom he disagrees contributes to an atmosphere of negativity toward reporters, who say these attacks make them more vulnerable to violence.