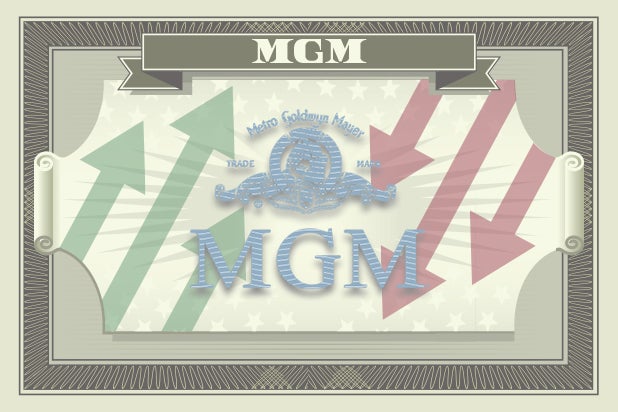 MGM on Tuesday reported profit for the second quarter of 2018 that was far below what the studio reported for the same quarter a year ago.

MGM, which is a privately held company, said that its net income for the quarter was $62.39 million, down from $156.61 million during the same three-month period last year. During the company’s quarterly conference call with investors, MGM chief operating officer Chris Brearton said that the year-over-year comparison was impacted by last year’s $124 million gain from the company’s acquisition of Epix.

Revenue for the quarter was $408.01 million, which was an improvement compared with the $324.95 million MGM pulled in last year.

MGM’s worldwide theatrical revenue was $7.0 million for the three months ended June 30, an increase of $4.8 million compared to $2.2 million a year ago. The studio said that revenue from TV licensing was $120.5 million, down $3.7 million from the $124.2 million it pulled in last year. And MGM’s media networks segment, which includes Epix and wholly-owned and joint-venture broadcast and cable networks, saw revenue increase to $107.8 million in the quarter.

Brearton said during the company’s call that Epix is now on the verge of hitting its goal to have 50-to-60 hours of original scripted content on the platform by 2019, and 70-to-80 hours on unscripted programing.

“We are trying to position Epix as a compelling destination for must-see programing,” Brearton said. “We have a wealth of premium original content in various stages of production and development.”

While MGM didn’t provide updates on Epix’s subscriber numbers, Brearton said that with the network launching on Comcast’s service in June, the company now has access to the provider’s 22 million subscribers, upping its reach to 70 percent of U.S. homes.