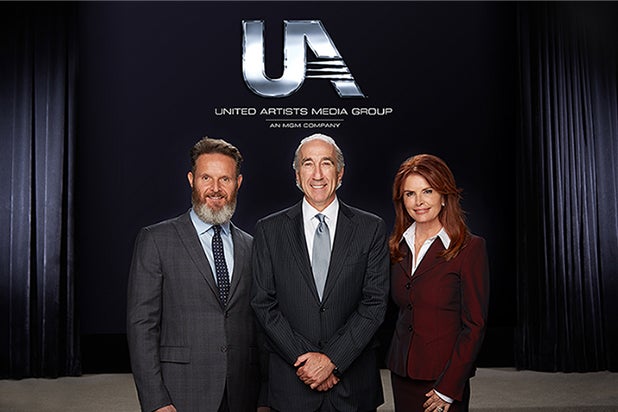 Financial terms of the deal were not disclosed, but the move gives MGM complete interest in “Survivor,” “The Voice,” “Shark Tank,” “The Bible” and “The Apprentice,” which it will consolidate into a new media venture called into United Artists Media Group (UAMG).

UAMG is said to now be focusing primarily on developing, producing and financing “premium content,” which includes scripted and non-scripted television, movies, and digital content, across all platforms.

Burnett will serve as CEO of UAMG, while Downey will serve as president of Lightworker’s Media, which is UAMG’s faith and family division.

“I am extremely pleased to be partnering with Mark, Roma and Steve in this incredible new venture that we believe will be accretive to MGM’s business,” said Barber. “Mark and Roma are without a doubt the most successful and dominant players in unscripted television and faith-based content and we are excited to be distributing UAMG content worldwide.”

“Additionally, we are extremely optimistic about the launch of an exciting new Over-The-Top (OTT) faith-based channel,” he added.

“Roma and I are absolutely thrilled to be in business with Gary Barber and MGM while at the same time maintaining our amazing relationship with Steve and Hearst,” said Burnett. “I am honored to become the CEO of United Artists Media Group. Together we look forward to growing our television, film and digital business while also creating a whole new platform of entertainment.”

“MGM is a storied entertainment company and we are excited to expand our partnership with Gary and his team, as well as Mark and Roma, to create the next hit programming for a new audience of consumers,” said Swartz.

The announcement comes timed with the season premieres of many of Burnett’s shows, including “The Voice,” “Survivor” and “Shark Tank.”

Chris Brearton helmed the legal team at O’Melveny & Myers that negotiated the deal on behalf of Metro-Goldwyn-Mayer Studios, while Roma Downey and Mark Burnett were advised by the law firm of Stroock & Stroock & Lavan, led by Matthew Thompson. Downey, Burnett and Hearst were advised by Allen & Company LLC.