Under this type of agreement, the production and distribution company licenses the programs to networks in exchange for commercial time in the program and keeps a portion of the ad revenue.

The legal duo will dispense “straight-shooting” advice gleaned from their New Jersey upbringing and their personal experiences raising their own teenagers and pre-teens.

“MGM has a deep history with court shows and we are thrilled to expand our catalogue with this fun new concept,” Barry Poznick, MGM’s president of Alternative Television & Orion Television said in a statement. “‘Teen Court’ gives outspoken teens the chance to bring charges against siblings, classmates, boyfriends and girlfriends, and even their parents. With our Jersey judges, the Ruvolo sisters presiding, this is a loud series that will break-through the daytime clutter.” 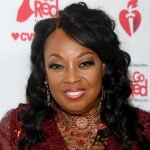 “Ring Nation,” which will be overseen by Jamie Siminoff, inventor of the now Amazon-owned Ring video doorbell, will give audiences a glimpse inside some of the most outrageous, heartwarming and hilarious viral videos shared by viewers. Look for buzz-worthy clips, including neighbors saving neighbors, marriage proposals, military reunions and animals behaving badly.

The two new series are being offered alongside the studio’s extensive library of shows including more than 300 barter episodes of the fan-favorite “Are You Smarter Than A 5th Grader?,” which is coming back to syndication.

The game show hosted by Jeff Foxworthy debuted on Fox in 2007 and ran for five successful seasons, averaging 20 million viewers a week in its first year. The quiz show has also spun off on platforms including a YouTube channel, a podcast and a top-rated Amazon Alexa gaming app.