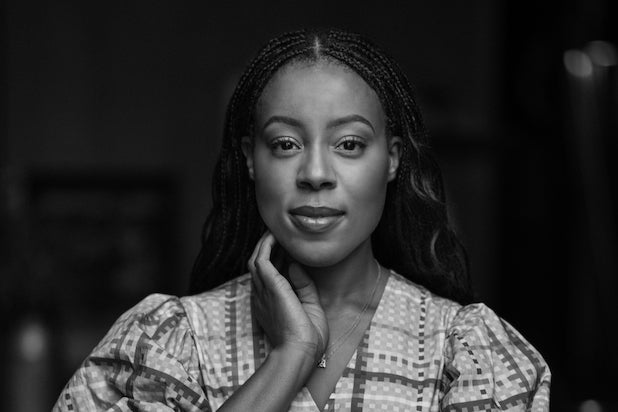 In an internal memo from De Luca and Abdy shared with TheWrap, John Hegeman will be stepping down from his role at Orion in early October after three years with the label, as will his team, following the opening of the studio’s latest release “Bill & Ted Face the Music.”

The new Orion will focus on developing, producing and acquiring features that amplify underserved voices in front of and behind the camera.

Mayo will oversee the label’s day-to-day operations, including development, acquisitions, physical and post production, while also working closely with the marketing and publicity team at MGM, and the studio’s distribution partners, on the release strategy and the social impact campaign activation for each film.

MGM will handle global distribution, with United Artists Releasing marketing and distributing films under the Orion Pictures label in the U.S. as part of the studio’s joint theatrical distribution venture.

“We are at an exciting and critical tipping point in our industry. For years many filmmakers and creators who have been considered and treated as outsiders have nonetheless persisted in creating visionary films that drew audiences across the globe and defined culture. Many of these films and filmmakers inspired me to pursue storytelling as a career, and to work towards creating a more equitable environment for all creators,” Mayo said in a statement. “I am thrilled to work in partnership with Kevin, Mike and Pam to continue Orion’s legacy and create a home that embraces and furthers the seismic shift happening in entertainment and culture, and to back filmmakers and content that authentically reflect the world in which we live.”

“We believe deeply in creating content that reflects our global communities and we are thrilled that Alana will be heading up the newly relaunched Orion Pictures label to elevate and empower the many voices whose stories deserve to be told. As a company dedicated to entertaining audiences across the world, MGM is committed to increasing access for all people of color, women, the LGBTQ+ community, individuals with disabilities and other historically marginalized groups as a moral and business imperative,” De Luca and Abdy said in a joint statement.

“It was essential that we find an exceptional executive who will be a leader at the forefront of change in our industry. Alana’s incredible vision, experience, and passion, along with her fearlessness makes her the ideal choice for Orion. As we continue to build upon MGM’s strong legacy and foundation as a leading entertainment company, we look forward to the legacy that Alana will create as she brings vital new voices in storytelling to life. Under the strong, visionary stewardship of film chairman Michael De Luca and president Pam Abdy, and with the addition of Alana to lead Orion, MGM’s film group is poised to make a lasting impact as we head into the studio’s next century,” Kevin Ulrich, MGM’s chairman of the board, said in a statement

She also oversaw “Without Remorse” at Paramount, the film adaptation of the fantasy novel “Black Leopard,” “Red Wolf” by author Marlon James, an untitled monster movie from Jordan Vogt-Roberts and a WWII action drama “The Liberators.” Outlier Society under her tenure also co-produced HBO Films’ “Fahrenheit 451,” “61 Street” for AMC and “David Makes Man” for OWN, among others.

Previously, Mayo served as vice president of production at Paramount Pictures, working on “A Quiet Place,” “Annihilation” and “Fences.” Prior to that she was a production executive at the studio and worked on “The Big Short,” “13 Hours: The Secret Soldiers of Benghazi” and “Selma.” Following her time at Paramount, Mayo worked with Vimeo as the company’s VP and head of original development. In her role, Mayo helped strategize the creation of the video-streaming service’s SVOD platform with scripted, original television content.

Born in New York and raised in Chicago, Mayo graduated from Columbia University with a Bachelor’s Degree in English and a Bachelor’s Degree in Film Studies. After interning with independent New York filmmakers such as Lee Daniels, Tribeca Films and Warrington Hudlin, she moved to Los Angeles to further her career in feature film production and development.