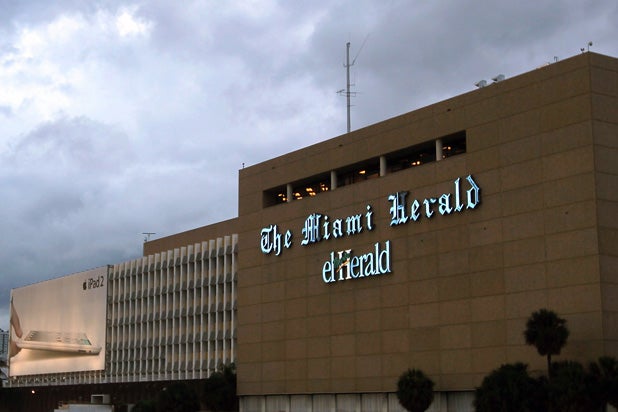 The executive editor of the Miami Herald addressed the paper’s readers Thursday night, hours after news broke that parent company McClatchy was filing for bankruptcy. Her message: We’re not changing.

“Rest assured, that important work — covering our communities and holding the powerful accountable — will continue as vigorously as ever at the Herald,” wrote executive editor Aminda Marqués González.

She also spoke out about the state of media today, especially in local newsrooms: “This reorganization is not unprecedented among newspaper companies. Since 2008, more than 20 U.S. newspaper businesses have reorganized in order to stay in operation. This is crucially important in today’s challenging news media climate, as scores of local newspapers have shut their doors, leaving “news deserts” in communities throughout the country. When local news is no longer reported effectively, the voices of the vulnerable are silenced, the powerful are not held to account — and ultimately, justice suffers.”

McClatchy Co., the fifth-largest newspaper company in the U.S. by circulation according to Statista, filed for bankruptcy Thursday, the company announced.

According to the company — which publishes dozens of newspapers across the country, including the Miami Herald, Sacramento Bee, Kansas City Star, Idaho Statesman, Fresno Bee and Charlotte Observer — this is “a move that will end family control of America’s second-largest local news company and hand it to creditors who have expressed support for independent journalism.” The filing will also, it says, ” allow McClatchy to restructure its debts and, it hopes, shed much of its pension obligations.”

In November 2019, McClatchy announced it was looking for a bailout of its pension fund.

In reporting its third-quarter results at that time, McClatchy  said it is “negotiating capital and pension restructuring with PBGC and key stakeholders.”