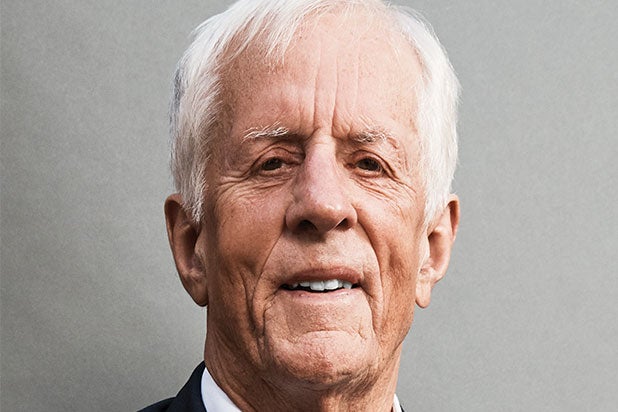 The award recognizes leadership in the industry, contributions to the Guild and the profession of directing, and nonspecified outstanding achievement.

“Michael is a game changer for our Guild and our industry. Whether having the foresight as a young man to conceptualize the revolutionary documentary series ‘7 Up’ still going on decades later – or guiding Hollywood through a digital revolution, he is a fearless, visionary leader, and we are all the beneficiaries. Having served as either president or co-chair for every major new media and SVOD negotiation, Michael has skillfully navigated the DGA through times of great change, setting the path for our members and our industry to flourish,” Schlamme said in a statement.

“His search for the truth and what’s right is evident in all that he endeavors – from negotiating directors’ creative and economic rights, to rallying our industry’s fight against piracy and runaway production, to advocating for independent filmmakers and inclusion,”Schlamme continued. “All the while, he has taken the time to lend a hand to those behind him. As a mentor to so many, myself included, Michael has activated leadership in others and inspired us all to be more engaged in our Guild.”

Also Read: Harvey Weinstein Out at Directors Guild of America

Apted was the president of the DGA for three terms, from 2003 to 2009, which was the longest consecutive presidential service since George Sidney in the 1960s. During his tenure, he successfully negotiated and protected health benefits in 2004, and in 2007 established jurisdiction and compensation formulas for new media.

After his presidency, he served as the co-chair of the DGA Negotiating Committee in the 2014 and 2017 cycles, where he most recently made gains in the subscription video on-demand residuals. He currently serves as DGA Secretary-Treasurer.

Apted also counts an extensive list of feature films and documentaries to his credits. Some of his feature films include “The Chronicles of Narnia: The Voyage of the Dawn Treader,” “Amazing Grace,” “The World Is Not Enough,” “Thunderheart” and “Enigma.” His documentary credits include “Bring on the Night,” “Me and Isaac Newton” and “Power of the Game.”

He most recently directed episodes of Showtime’s “Masters of Sex” and “Ray Donovan,” as well as HBO’s “Rome” for which he won the DGA Award in the Dramatic Series category.

11 Directors Who Followed in Their Dads' Filmmaking Footsteps (Photos)

As Alfonso Cuaron’s son Jonas marks the opening of his film, “Desierto,” TheWrap looks at other directors who took their dads’ career lead