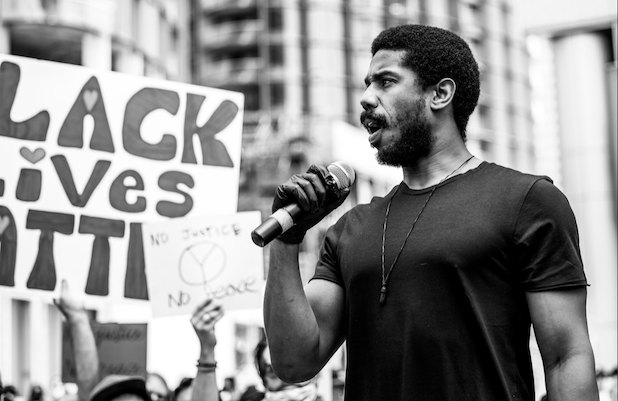 Actor Michael B. Jordan is partnering with Color of Change to launch the #ChangeHollywood initiative that creates a roadmap for how the industry can better invest in Black stories, talent and communities.

The plan lays out tangible ways that Hollywood can invest in anti-racist content as well as reinvest police funds to instead support Black communities.

Companies, executive leadership, staff and talent participating in the roadmap will be provided with recommendations and forthcoming resources for directories, templates, analysis, taskforce convenings, writers’ rooms, consulting sessions and other emerging ideas.

The key aspects of the roadmap, which you view in full here, include:

“The legacy of racism in Hollywood is long and unforgivable: excluding Black talent, silencing Black voices, derailing Black careers, and using the economic power of the industry to prop up police who target and enact violence on Black communities,” Rashad Robinson, president of Color Of Change, said in a statement. “We know from our advocacy that the industry won’t change on it’s own, so we’re building off our current work to hold Hollywood accountable to offer these resources and a roadmap toward enacting racial justice. From the writers’ rooms to the streets, we are energized and ready to help Hollywood follow through on their statements that Black lives matter.”

Also Read: Paramount Shifts Michael B Jordan's 'Without Remorse' Back to February 2021

“This roadmap is just the beginning of the journey to racial justice. We are all accomplices in the fight to transform Hollywood, and we invite content creators and industry leaders to join us in working together to #ChangeHollywood,” Jordan, CEO of Outlier Society, said in a statement. “We look forward to including a variety of voices in doing what we do best: telling authentic stories, bringing people together, partnering with influential artists, and changing the rules of the game.”

Jordan’s Outlier Society and Color Of Change have already begun conversations with companies like WME and Endeavor Content and organizations like BLD PWR about commitments to this initiative, with more details to come.

The #ChangeHollywood initiative is urging everyone in the industry to make bold moves to affirm, defend and invest in Black lives through honest storytelling, value-aligned financial investment and systemic change within the industry.