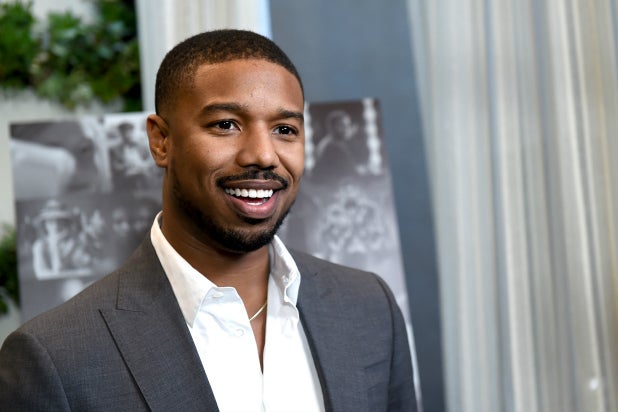 Michael B Jordan Jordan will star, produce and make his feature directorial debut on “Creed III” with Tessa Thompson and Phylicia Rashad expected to reprise their roles, MGM announced on Wednesday.

The third installment is set to be released on Thanksgiving 2022.

Keenan Coogler and Zach Baylin are writing the script based on an outline by Ryan Coogler.

“Michael’s vision for ‘Creed III’ is incredibly exciting and will undoubtedly be an important contribution to the cannon of this storied franchise,” Michael De Luca, MGM’s Film Group chairman, and Pamela Abdy, MGM’s Film Group president said in a statement to TheWrap. “We are thrilled to bring his directorial debut, and share this next chapter in the ‘Creed’ story, to theaters next year.”

“Directing has always been an aspiration, but the timing had to be right. ‘Creed III’ is that moment — a time in my life where I’ve grown more sure of who I am, holding agency in my own story, maturing personally, growing professionally, and learning from the greats like Ryan Coogler, most recently Denzel Washington, and other top-tier directors I respect. All of which sets the table for this moment,” Michael B Jordan added. “This franchise and in particular the themes of ‘Creed III’ are deeply personal to me. I look forward to sharing the next chapter of Adonis Creed’s story with the awesome responsibility of being its director and namesake.”

“I cannot overstate how thrilled we are to have Michael directing the third film in the Creed series,” Winkler added. “His commitment to this character has been nothing short of extraordinary, and we know that will extend to his role behind the camera at the helm of this great new installment.”

“The films of Sylvester Stallone’s ‘Rocky’ franchise have always been important to me and my family,” producer Ryan Coogler said. “It was an honor to help bring the ‘Creed’ franchise to life with Sly, Michael, Tessa, Irwin, and all the creative parties involved. I couldn’t be more thrilled to see Mike in the director’s chair on the third installment. The team at Proximity and I are excited about the story Keenan and Zach have crafted and can’t wait to help bring it to life.”

The “Creed” franchises have earned nearly $400M at the global box office.

“Creed III” will be released theatrically in the U.S. via MGM’s distribution and marketing joint venture United Artists Releasing, on Nov. 23, 2022.