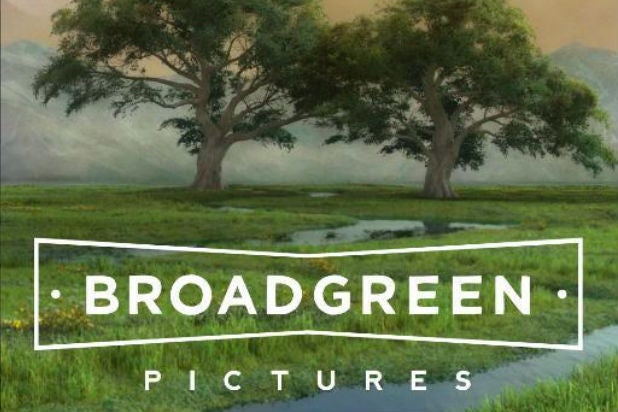 Michael B. Jordan is attached to star in and executive produce “Just Mercy,” a drama that “Short Term 12” filmmaker Destin Daniel Cretton will direct for Broad Green Pictures, TheWrap has learned.

Broad Green developing the project, which is based on Bryan Stevenson’s New York Times bestselling memoir “Just Mercy: A Story of Justice and Redemption.” Stevenson will also serve as an executive producer.

Oscar-nominated producer Gil Netter (“Life of Pi,” “The Blind Side”) will produce and Arthur Spector will executive produce with Broad Green Pictures in association with Gil Netter Productions.

Cretton and Andrew Lanham (“The Glass Castle”) are adapting the award-winning, critically acclaimed book, which recently earned the 2015 Andrew Carnegie Medal for Excellence in Nonfiction by the American Library Association.

“Just Mercy” follows world-renowned civil rights defense attorney Stevenson (Jordan) as he recounts his experiences and details the case of condemned death row prisoner whom he fought to free. The true story is one of redemption, passion and mercy, set against a backdrop of a corrupt judicial system which favors the death penalty and targets the poor.

“We are privileged to bring Bryan’s memoir to the world as a major motion picture,” said Gabriel and Daniel Hammond, Broad Green Pictures CEO and Chief Creative Officer. “Destin is such a collaborative, thoughtful, and talented filmmaker, he is going to inspire the world with this powerful true story. He’s part of an amazing team alongside Gil, Michael and Andrew, and together they will make a historic film.”

“Bryan’s story hit me harder than anything I’ve read in a long time,” said Cretton. “I’m humbled and honored to have the opportunity to bring his story to the screen. With Michael B., Gil, Andrew, and the Broad Green team on board, I’m confident we’re going to make something very special.”

The deal was brokered on behalf of the author by Joseph Veltre at the Gersh Agency, while WME Global handled for the filmmakers and Christopher Tricarico handled for Broad Green.

WME represents Jordan, Cretton and Netter, while Jordan is also managed by MGMT. He next stars as Johnny Storm in Fox’s “Fantastic Four” and as Adonis Creed in WB’s “Creed,” directed by Ryan Coogler.

Broad Green recently announced it will release Sarah Silverman‘s Sundance drama “I Smile Back” in October and Terrence Malick‘s star-studded “Knight of Cups” next March. The company is also planning an awards campaign for the Andrew Garfield-Michael Shannon drama “99 Homes,” which it will distribute this fall.