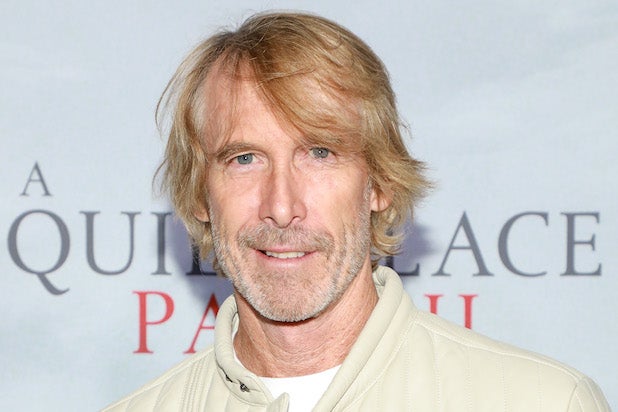 Michael Bay and his production company Bay Films have closed a multi-year, first look deal with Sony Pictures to produce film and TV projects, an individual with knowledge of the deal told TheWrap.

Bay got his first taste of the big budget studio blockbuster when he directed “Bad Boys” with Sony back in 1995, as well as the follow-up film “Bad Boys II” in 2003. He even made a cameo in Sony’s recent reunion sequel of the franchise that opened this January, “Bad Boys For Life.”

Up next Bay will direct Sony’s “Black Five,” an ensemble drama based on his own original idea. Ehren Kruger, who wrote three of Bay’s “Transformers” movies, is writing the script for the film.

Most recently, Bay directed Netflix’s “6 Underground” starring Ryan Reynolds. The film was produced via Bay Films and was viewed by 83 million member households in its first four weeks on the streaming platform. Netflix also said “6 Underground” was the service’s second most popular film release of 2019. He’s also a producer on Paramount’s “A Quiet Place Part II,” which was meant to release this month but was one of the films delayed theatrically because of the coronavirus.

Bay is represented by WME and attorney Robert Offer.

Deadline first reported the news of the deal.