The world premiere of Michael Bay‘s “13 Hours: The Secret Soldiers of Benghazi” happened far from Hollywood on Tuesday night.

The star-filled debut of the upcoming action thriller took over AT&T Stadium in Arlington, Texas, which is better known as the home of the Dallas Cowboys.

The Paramount movie starring John Krasinski and James Badge Dale focuses on the 2012 attack at the U.S. Consulate in Benghazi, Libya, and the six men who helped fight off the attackers. Four people died in the attack, including the U.S. Ambassador to Libya Christopher Stevens. 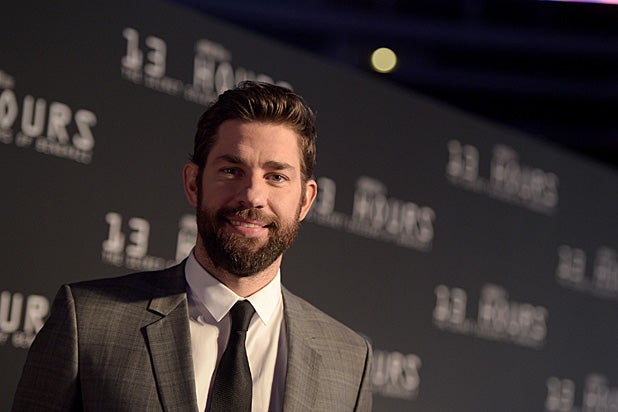 Bay, Krasinski, actress Alexia Barlier (who plays Sona Jillani) and Dominic Fumusa attended the premiere to greet both the media and fans, with “The Office” actor tweeting his excitement over seeing the film on a very, very big screen.

The 80,000-seat capacity stadium that opened in 2009 boasts the world’s fourth-largest high-definition video screen, which hangs from 20-yard line to 20-yard line, so all members of the audience were guaranteed a great view of the movie. 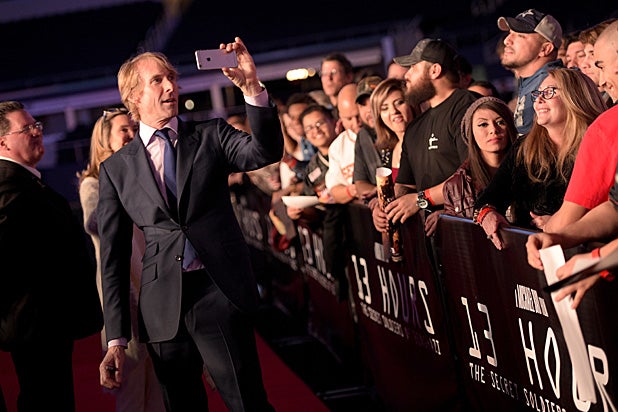 War veterans were honored at the event, including those who were killed in Benghazi, and guests were encouraged to make donations to a number of organizations benefiting veterans and their families.

The night also featured special musical performances from country band the Band Perry and Madison Rising, led by Navy veteran Dave Bray and Chris Cornell. Their song “Till the Sun Comes Back Around” is featured in the film. 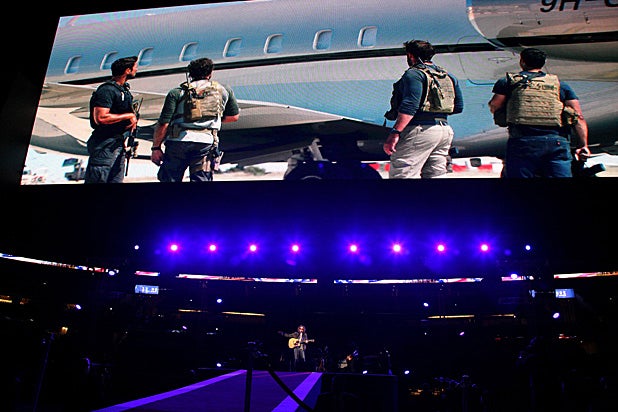 AT&T Stadium is nicknamed “Jerry’s World,” after team owner Jerry Jones, and while the NFL playoffs are currently underway, the Cowboys won’t be needing it for a while after finishing the season 4-12.

Tickets for the world premiere were free and available at www.thirteenhoursmovie.com.