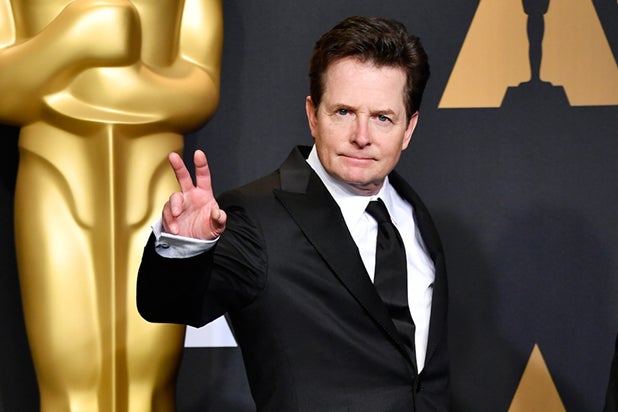 Michael J. Fox reflected on his “Back to the Future” and “Family Ties” acting days before he was diagnosed with Parkinson’s disease, saying in a recent interview that he no longer feels connected to the young person he sees on screen.

“It’s a different guy,” Fox said in an interview with The New York Times Magazine published Friday. “He’s much closer to the kid I was growing up in Canada. I grew up admiring rock stars like Jimi Hendrix and Jimmy Page. I wanted to be a rock star. That’s what I thought being famous was. But I wasn’t a rock star. I was kind of an idiot. I missed the point.”

In the interview, Fox says he neglected his talent and rested on his fame, but that being diagnosed with Parkinson’s greatly changed his outlook.

“I was comfortable with the idea that I had won the lottery, and that made me less respectful of what talent I had. I’d be riding in a limo with my head out the sunroof and a beer in each hand, thinking, ‘Who expected this success from me?'” Fox said. “And so, in a way, Parkinson’s got my head in the game. I realized there are bigger things than being a rock star.”

Fox went public about his diagnosis in 1998 and has since led a foundation dedicated to finding a cure, an organization that has managed to raise more than $800 million toward Parkinson’s research. While he’s continued to act, Fox, 57, reflected on the early days of his diagnosis while acting on the sitcom “Spin City” and also discussed his other, more recent health scares.

Fox said he had a recurring issue with his spinal cord that required surgery and an “intense amount of physical therapy,” and that shortly after his rehabilitation, he became overconfident in what he could do and fell in his kitchen. The fall fractured his arm and required 19 pins and a plate. But he’s still committed to acting despite it all.

“For so long — and I make no apologies for it because it served me well — I used a lot of high-level muggery. I could pull a face; I could do a double take. And one of the reasons I left ‘Spin City’ was that I felt my face hardening. My movements were constricted,” Fox said. “Acting is what I do. And I needed to find a way to do it with my new instrument.”

Fox is still optimistic about finding a cure for Parkinson’s disease and detailed some of his hopes for new treatments.

“There’s a new drug that’s been approved that’s like a rescue inhaler for when you freeze. Because freezing is a very real thing for Parkinson’s patients. I could be sitting here with my foot on fire and a glass of water over there on the table and all I’d be able to do is think about how good it would feel to pour that water on my foot,” Fox said. “Treatments for that can make a huge difference in people’s lives. Now, if we can prophylactically keep Parkinson’s symptoms from developing in a person, is that a cure? No. Would I take it? Yes.”

Read the full interview with Fox via the New York Times.