Michael Keaton is preparing to head back behind the camera for just the second time in his career and direct in “Knox Goes Away,” a noir thriller in which he’ll also star.

Gregory Poirier wrote the original film that will reunite Keaton with “Spotlight” producer Michael Sugar and Ashley Zalta. The film is launching at the Cannes Film Market later this month, with filming expected to begin in late August in Los Angeles.

“Knox Goes Away” is the story of a contract killer who is diagnosed with a fast-moving form of dementia and is presented with the opportunity to redeem himself by saving the life of his estranged adult son. But to do so he must race against the police closing in on him as well as the ticking clock of his own rapidly deteriorating mind.

In addition to Sugar23’s Sugar and Zalta, Brookstreet’s Trevor Matthews and Nick Gordon will also serve as producers on “Knox Goes Away.” Carter Stanton will executive produce for Brookstreet, as will Jillian Kay for Sugar23.

Keaton first directed 2008’s “The Merry Gentlemen,” a crime drama that he co-starred in with Kelly Macdonald and Bobby Cannavale. Keaton most recently starred in “Morbius” and won a SAG Award for his work in the series “Dopesick.” He’ll next reprise his role as Batman in “The Flash.”

Poirier is the writer of “National Treasure: The Book of Secrets,” “Jack the Giant Slayer,” “The Spy Next Door” and “Eight Below,” and he also created the ABC series “Missing” with Ashley Judd. He is also in development on “Cayne” for BET+ and has a script called “Alice and Dot” at Paramount TV that has Scooter Braun and Ariana Grande attached to produce. 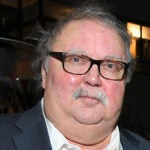