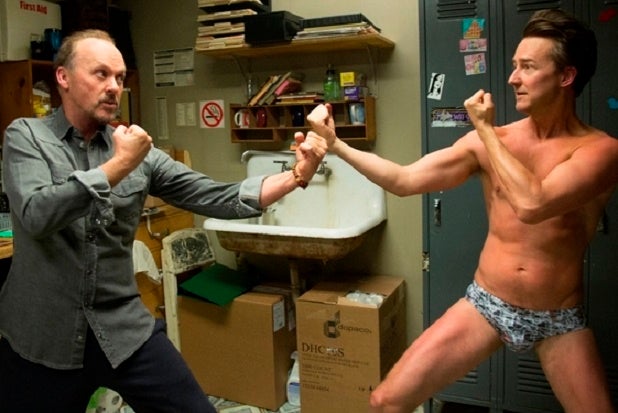 “Birdman,” the saga of a fading superhero movie star played by Michael Keaton, scored big in its debut at the specialty box office.

The dark comedy written and directed by Alejandro Inarritu brought in more than $415,000 from four theaters in New York and Los Angeles for a three-day per-screen average of $103,750. That’s the second-best limted opening of the year in terms of per-screen averages, behind only the  $202,792  that “The Grand Budapest Hotel” averaged in its four-theater debut in March.

“Birdman” is the story of actor Riggan Thompson (Keaton) who refuses to revisit his blockbuster superhero role as Birdman, and who is instead trying to mount what he hopes will be a career-saving Broadway turn. It’s been a hit on the festival circuit, and has a glowing 92 percent positive rating on Rotten Tomatoes.

Edward Norton, Emma Stone, Zack Galifianakis and Naomi Watts co-star in the film, which is being marketed and distributed by Fox Searchlight. The film was produced by New Regency, M Productions and Le Grisbi Productions.

Fox Searchlight distribution chief Frank Rodriguez said Sunday that the plan is to add 18 new markets next week as well as expanding slightly in NY and LA, bringing the theater count to 45-50 locations.

Also read: ‘Dear White People’ Review: Critique of Race and Media Has More Than Satire On Its Mind

The Bill Murray-Melissa McCarthy comedy “St. Vincent” expanded from four to 68 theaters in its second week and stayed strong, taking in $685,000. That’s an impressive $10,074 per-screen average for the Chernin Entertainment film distributed by the Weinstein Company.