Michael Learmonth was named Vice News’ new editor in chief Monday, filling a role that has been vacant since 2019. He was promoted from news director, a job he held since 2016. Prior to that, Learmonth was a managing editor at the International Business Times.

Katie Drummond, senior vice president of global news for the company, made the announcement Monday in an internal note to staff.

“In my year working with him, I’ve been awed by both the neverending energy Michael brings to each day — many of them punishing in recent months — and his vision for both what Vice News should be now, and what it has the potential to become. I can’t wait to see where he takes it,” she said, adding that he will handle coverage across the Americas region, including Latin America, the U.S. and Canada. 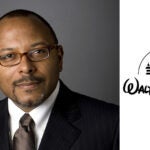 A series of other promotions and shuffles was also announced, including Ben Makuch’s move from Motherboard to Vice News and Tim Marchman’s move to Motherboard.

In March, Vice Media was in “advanced talks” to go public following a merger with 7GC & Co. Holdings, a special purpose acquisition company. The story came after Vice was talking to “at least” two SPACs earlier that month about going public, with one of the offers at about $2.5 billion — or about 56% less than Vice’s peak valuation of $5.7 billion back in 2017.