Michael Lehrer, a comedian and improv actor best known for his work in ‘ Second City,’ and ‘Masters of the Internet,’ has died with the assistance of a doctor following a years-long battle with ALS. He was 44.

His girlfriend and caretaker, Colette Montague, told the Chicago Sun-Times, “Michael died with dignity on his own terms. He was not suicidal at all. … Medical aid in dying was the hardest decision he ever made.”

Despite being diagnosed with ALS, the comedian and sketch artist continued to perform at clubs while confined to a wheelchair. His bits included jokes about his life and his battle with the neurodegenerative disease.

Lehrer was a regular on ‘Kill Tony,’ a live comedy podcast based in Austin, Texas where Joe Rogan and Ron White often appeared. Rogan paid his respects to Lehrer in an Instagram post.

“The courage this man had to do stand up while battling a debilitating disease was insanely impressive, and though he struggled to get words out the man would KILL onstage,” Rogan said. “He was a real legend, and I’m going to miss him very much.” 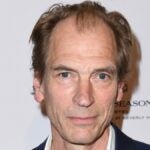 In 2014, Lehrer was selected for the ‘New Faces of Comedy’ showcase at the Just for Laughs Comedy Festival in Montreal.

Lehrer’s roots are deep in the Chicago comedy scene. The Columbia College grad co-wrote and co-starred in three revues at the Second City e.t.c. theater, where his castmates included such future stars as Aidy Bryant, ‘Saturday Night Live,’ Chris Witaske, ‘Chicago Party Aunt,’ and Tawny Newsome, ‘Space Force,’ according to the Chicago Sun-Times.

In addition to Montague, Lehrer is survived by a son, Colin Heaton among other family members.

A GoFundMe page was set up in support of Lehrer’s son.