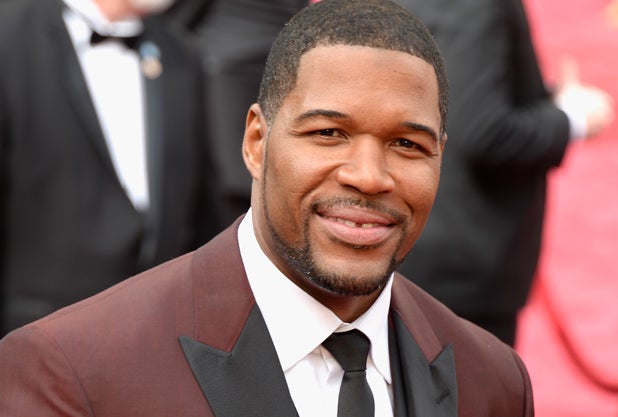 Strahan would continue to co-host “Live With Kelly and Michael.” The GMA deal is not expected to affect the retired NFL player’s role as an analyst on “Fox NFL Sunday.”

“It is our understanding that the ‘GMA’ deal is not finalized, but if/when it becomes official, his role is not expected to change with Fox Sports,” a Fox Sports insider told TheWrap.

Strahan, 42, has been in talks to join the morning program for months, with an announcement possibly coming later this week, according to CNN, which first reported the story.

But insiders stressed to TheWrap that while the ABC show recently lost Josh Elliott and Sam Champion, Strahan won’t be replacing anyone.

Elliott’s departure from “Good Morning America” was announced earlier this week. The “GMA” co-anchor has joined NBC Sports for a position in which he reportedly took a pay cut.

Champion left the ABC show last year for The Weather Channel, where he now co-hosts “AMHQ.”

A spokesperson for ABC declined to comment to TheWrap.

As TheWrap previously reported, Elliott was deep in negotiations with ABC News president Ben Sherwood over renewing his contract on “Good Morning America,” but the talks broke down Sunday. He had sought an $8 million contract renewal that would eventually climb to $13 million, and wanted Stephanopoulos’s job.

Elliot informed Sherwood, he’d be leaving for NBC, in what was described as a “Machiavellian” move. An insider told TheWrap his relations were not good with either Robin Roberts or George Stephanopoulos, which left an opening to NBC. “Josh fell out of love with ABC,” as one wag put it.

Elliott, described as “mercurial” in the negotiations, refused a $5 million offer from ABC that would not have guaranteed him Stephanopoulos’ slot.