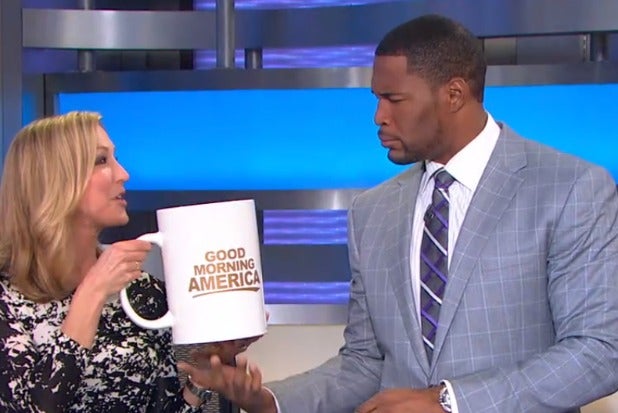 “Good Morning America” rolled out a red carpet Tuesday for “Live With Kelly and Michael” co-host Michael Strahan, who will contribute to the news show a couple of days a week.

After a clip reel showing off his NFL career and knack for dancing like Michael Jackson, Strahan walked down a red carpet with cheering fans on either side. He gave out high-fives as he received two gifts from his new colleagues: an alarm clock to help him get up a little earlier, and a giant coffee mug — because a “super-sized personality” deserves a super sized cup.

Strahan and Kelly Ripa previously filled on “GMA” when Robin Roberts was recovering from myelodysplastic syndrome. “GMA” anchor Amy Robach, meanwhile, has filled in for Ripa on “Live.”