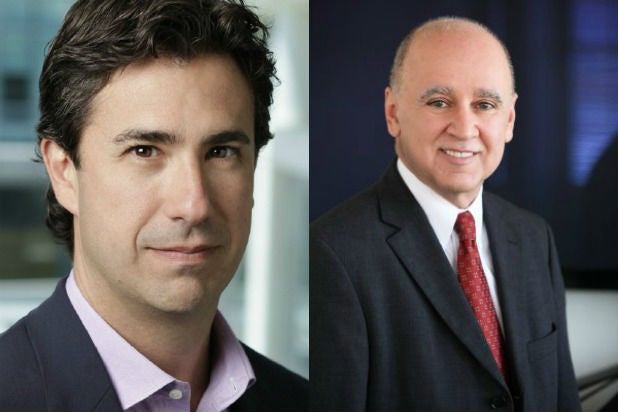 David Madden is stepping down as Fox Broadcasting Company’s Entertainment president at the end of September, at which point Michael Thorn will take over the role.

Madden won’t find himself on the unemployment line — he’s in final talks to head programming for AMC and SundanceTV, and to and play a “significant role” at AMC Studios, a person with knowledge of those negotiations told TheWrap.

While Madden hasn’t yet signed on the dotted line, that’s mostly a formality at this point. He’ll replace Joel Stillerman there, who took off for Hulu in May.

Meanwhile, back at Fox, Thorn will assume responsibility for scripted programming and development, as well as casting at the network, reporting directly to co-CEOs Dana Walden and Gary Newman.

“We’ve worked with Michael for the past decade, and in terms of creative chops and leadership skills, he’s one of the best,” Newman and Walden said in a Fox media release. “He’s distinguished himself in our organization and in the creative community as an incredible executive who cares deeply about the work and our creative partners. As someone who’s worked at the studio, a broadcast network and spent time as a producer, Michael’s had the best possible training for this position. We’re elated he’ll be stepping into this expanded role.”

“This brings to a close an incredible 17-year run working with our friend and colleague, David,” the duo continued. “He’s a gifted executive who brings passion, intelligence and a tremendous amount of experience to all he does. We know he’ll be successful in the next stage of his career and we wish him all the best.”

A replacement for Thorn at Twentieth Century Fox TV (TCFTV) will be named soon.

As executive vice president of Development at TCFTV, Thorn incubated hits like “This Is Us” and “Empire.” His resume also lists “Speechless,” “Life in Pieces,” “Fresh Off the Boat,” “The Mick” and “Last Man on Earth.”

Thorn joined the studio seven years ago as senior vice president of Drama Development. Previously, he worked at Lost Marbles Television, where he oversaw all scripted television and served as an executive producer on “Teen Wolf.” Before that, Thorn served as Drama Development team head at NBC, helping to develop “Heroes” and “Friday Night Lights.”