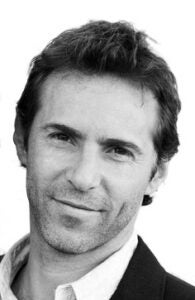 After working together on Luc Besson‘s “The Family,” Michelle Pfeiffer will play Robert De Niro‘s wife once again in “The Wizard of Lies,” HBO Films’ long-gestating movie about imprisoned swindler Bernie Madoff, TheWrap has learned.

Pfeiffer will play Ruth Madoff, while De Niro’s “American Hustle” co-star Alessandro Nivola will play their eldest son, Mark Madoff, who hanged himself on the second anniversary of his father’s arrest.

In the works at HBO since 2011, “Wizard of Lies” looks behind the scenes of Bernie Madoff’s massive $65 billion Ponzi scheme, how it was perpetrated on the public, and the trail of destruction it left in its wake — both for the victims and Madoff’s family.

Barry Levinson will direct “Wizard of Lies” and executive produce with De Niro and his Tribeca Productions partner Jane Rosenthal, as well as Berry Welsh. Jason Sosnoff will serve as co-executive producer.

The script, which is credited to John Burnham Schwartz, Sam Levinson and Sam Baum, is based on Diana Henriques’ bestseller “The Wizard of Lies: Bernie Madoff and the Death of Trust,” with Laurie Sandell’s “Truth and Consequences: Life Inside the Madoff Family” used as additional source material.

Also Read: Michelle Pfeiffer Reveals She Was Once in a Cult

Pfeiffer is a three-time Oscar nominee who recently starred in Tim Burton‘s “Dark Shadows” and Alex Kurtzman‘s “People Like Us.” She and De Niro each co-starred in Garry Marshall‘s romantic comedy “New Year’s Eve” but they appeared in different segments.

Nivola was recently nominated for a Tony Award for his performance in “The Elephant Man” opposite Bradley Cooper, and he just wrapped Nicolas Winding Refn’s “The Neon Demon.” “Wizard of Lies” expands Nivola’s relationship with HBO, as he also produces and stars in the second season of “Doll & Em,” which debuts Sept. 13. On the big screen, Nivola was most recently seen in JC Chandor’s “A Most Violent Year” and Ava DuVernay’s “Selma.”

CAA and Management 360 represent Nivola and Pfeiffer, the latter of whom is also repped by Hirsch Wallerstein.