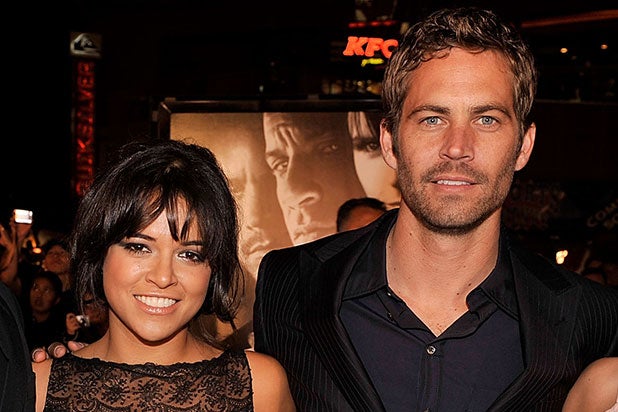 Michelle Rodriguez went through a tough year after the death of her “Furious 7” co-star Paul Walker, but she reveals in a new documentary she wasn’t feeling “sadness that he’s gone, it’s more like a jealousy that he’s there first.”

TMZ posted a clip from documentary “The Reality of Truth,” in which the actress reflects on Walker’s death after using a psychedelic drug called ayahuasca.

“When I lost Paul, I went through about a year of just being like an animal, like, what could I do, physically, to just get my mind off of existentialism? Get my mind off of how transient life is and how we just come here and can disappear at any moment,” she said. “How could I get my mind off that?”

“I did everything I could possibly do to hide from myself and I’ll tell you that my ayahuasca trip made me sad that he left me here,” she continued. “It wasn’t a sadness that he’s gone, it’s more like a jealousy that he’s there first.”

Also Read: Michelle Rodriguez Apologizes for Minority Superhero Comments: 'I Stuck My Foot in My Mouth'

In “The Reality of Truth,” the actress and documentary filmmaker Mike “Zappy” Zapolin explore the relationship between spirituality, religions and psychedelics.