This article on Michelle Williams first appeared in the Nominations Preview issue of TheWrap’s Oscar magazine.

She knew she didn’t have much time. It wasn’t that production was more rushed on Kenneth Lonergan’s “Manchester by the Sea” than on any other indie film Michelle Williams had made — but for Williams, every minute on screen in writer-director Lonergan’s beautiful and wrenching tragedy had to count for a lot.

Her character has just a handful of scenes scattered throughout the film to flesh out the complicated character of a woman in a warm but combative relationship, and then one struggling to recover from an enormous loss.

“You don’t get to spread the information out over an entire movie, and allow the audience to come to you slowly and get to know you gently,” said Williams, whose decade-plus run of extraordinary performances in quality indies has brought her five Spirit Award nominations and Oscar noms for “Brokeback Mountain,” “Blue Valentine” and “My Week With Marilyn.”

“You really have to layer in as much information as you possibly can. And because it’s a small movie, there’s never enough time.”

But Williams made the most of her time in “Manchester.” She plays Randi Chandler, a young mother of three who splits with her husband, Lee (played by Casey Affleck), in the aftermath of unimaginable tragedy. She wanted to do the film before she even read the script, she said, because of Lonergan, a successful playwright whose previous films were “You Can Count on Me” and “Margaret.”

“Often you read something and it’s just not true,” she said. “You can’t really trust it, you can’t imagine yourself saying it or being it or doing it. But Kenny’s dialogue gets under your skin really quickly, because it’s true. I was struck by that across the board, not just for my character but for everyone.” 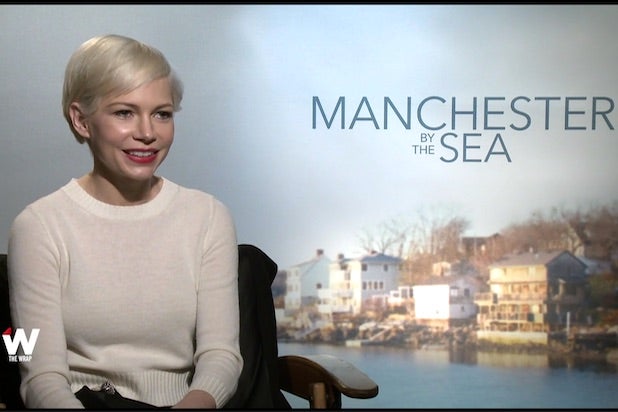 In one scene early in the film, Williams and Affleck sketch their relationship in a myriad of little details as Lee comes home from a day of fishing to find Randi in bed sick. He tries to get amorous. She complains. The kids are crying. The house is a wreck. And amid the chaos, we see a full, rich history and relationship.

“They have a combative, sexy, sexual, alive, messy connection that feels to me incredibly real,” she said. “You don’t catch them in a perfect moment — you catch them in the middle of their rambunctious life.

“I really felt that in that specific area of Massachusetts, too, there’s a roughness and a playfulness that exists not just with the men, but with the women. When I would go to rough bars in the area, they’d have signs on the wall making jokes about groping — but there were just as many girls sitting there having beers with their girlfriends as there were guys. And those girls dished it out.

“There’s a kind of special interplay about the place. They go after each other in all ways: sexually, physically, emotionally, with their humor — it just seemed like there was nothing they couldn’t say or do or be.”

But the relationship shatters in the wake of tragedy, and Randi disappears from the film’s timeline for a stretch as we watch Lee’s life derailed by grief and guilt. When we see her next, Randi has tried to rebuild her life — and that interim period when she’s off screen was key to Williams’ understanding of the character.

“It was my responsibility to fill that out, to imagine how she got to the point where we meet her later,” she said. “I spent a lot of time meditating on that, and trying to, in a very short amount of screen time, offer up a lot of information about how this person has rebuilt her life, and what’s been on her mind.

“She’s had to make conscious efforts to remember how to live. She has to remember the things that normal people do. Normal people buy a new jacket for the winter. Normal people decide that it’s time for a haircut. Normal people go to the mall and buy a new lipstick. After you go through what they’ve gone through, nothing is normal anymore. I think she’s undertaken very brave and difficult work to get to the place she’s in.” 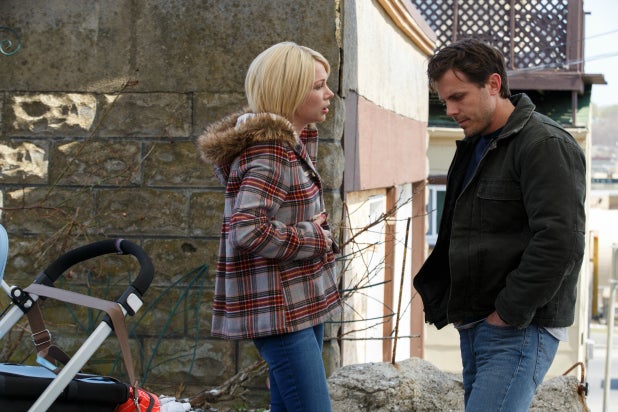 Late in the film, Randi and Lee meet on the street in the film’s most devastating scene; she tries to offer regret, forgiveness and a bit of peace, while he fights against opening a crack in the shell he’s constructed around himself. It’s a scene destined to be shown in awards-show clips for the rest of the season, but more than that it’s the broken heart of a monumental work from Lonergan and the actors.

“I knew that Kenny had given me a big gift in the form of that scene,” Williams said. “I knew it was a lot to live up to. And because it’s a small movie, there’s never enough time. That wasn’t the only scene that was shot that day — that was, like, one scene that was shot that day. With a scene like that, you want to go and go and go and go, and make sure you’ve gotten it right. But as always in these movies, you’ve got to move on.”

And did she feel like they’d done it justice when she left the set that day? “Never,” she said quickly. “I don’t know that I’ve ever walked home from a movie set and felt I’d done a good job. I walked home that day with a kind of heavy yet empty heart. Wondering. Just wondering.”

Also Read: Michelle Williams Admits She Still Has Not Seen 'Manchester by the Sea' (Video)

But those kind of doubts have led Williams to another enormously moving performance in a career whose last decade has been marked by fine work in wonderful (and mostly small) movies: “Brokeback Mountain,” “Wendy and Lucy,” “Blue Valentine,” “Meek’s Cutoff,” “Take This Waltz,” “Certain Women” and now “Manchester.”

Yes, she was also in the flashier and less indie “Oz the Great and Powerful” — and she admits that because she’s raising the 11-year-old daughter from her relationship with the late Heath Ledger, some of her decisions now have as much to do with geography as with artistry.

But for the most part, she has remained consistent in her choices, going for small and smart movies and imbuing them with real heart. “I just try to make choices by thinking, ‘What’s the thing that I’m most interested in at this particular moment?'” she said. “I’m not projecting other people’s ideas or trying to create a narrative. It’s just sort of from my heart and my subconscious. This is just kind of me.”