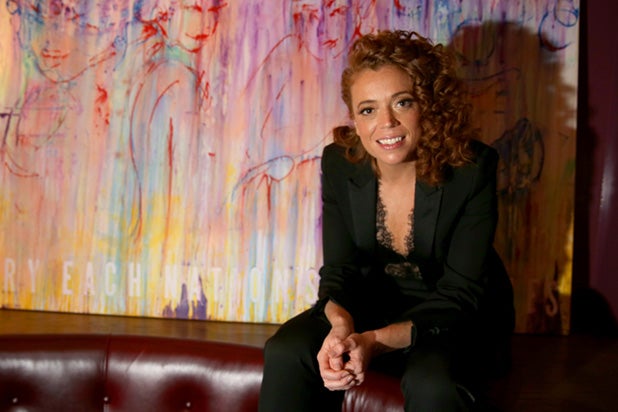 Michelle Wolf’s performance at the White House Correspondents’ Dinner became the subject of backlash back in April, but the comedian is now among the voices saying that criticism is unfair.

“It was gross!” Wolf said in a new Vulture profile of the mingling between media members and administration officials. “Like, I saw Jeff Zucker hugging Kellyanne Conway, and it was just like, Oh! You’re all in this together! People are really getting hurt, and you guys are just celebrating your money. It’s all a game, nothing more than ‘How will we best profit off of this?’ It was icky.”

Also Read: Michelle Wolf Goes Off on 'Useless' Ivanka Trump: 'One of the Worst Kind of Girls'

Wolf’s critics also took issue with her joked about White House press secretary Sarah Huckabee Sanders, comparing her to Ann Dowd’s character from “The Handmaid’s Tale” and saying that she “burns facts and then she uses that ash to create a perfect smokey eye.”

The jokes were interpreted by some as an attack on Sanders’ physical appearance, but the comedian said that was explicitly not her intent.

“Before we started writing, we made a conscious decision to not make fun of any woman’s looks, because then that’s all anyone will hear,” she said. “So we didn’t do it, and then it was like, Oh, it’s all about the looks, but it wasn’t! It was about abilities! But I guess as soon as you’re making a joke about women, it’s heard as a joke about her looks.”