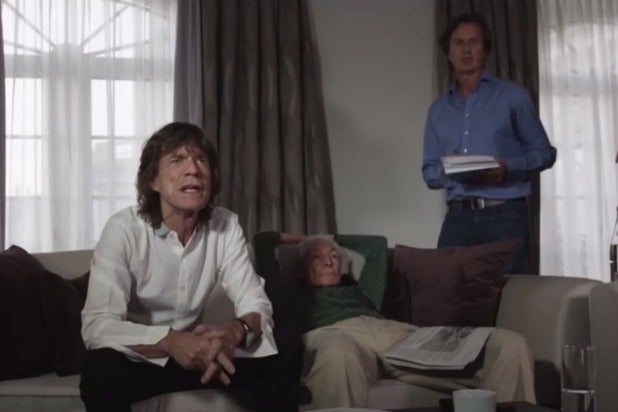 Mick Jagger says Monty Python seem like “a bunch of wrinkly old men trying to relive their youth and make a load of money.” But before you accuse the pot of painting the kettle black, realize he’s in on the joke.

To help the Pythons launch a series of reunion concerts, the Rolling Stones singer offered some critiques of the enduring ’60s icons that could also apply to his own band.

“Who wants to see that again? It was funny in the 60s,” he says of the comedy group. “The best one died years ago. Maybe back in the 70s it was fantastic — it was the funniest thing.”

The surviving pythons played Jagger’s digs to kick off a news conference about their upcoming run of shows at London’s O2 Arena.