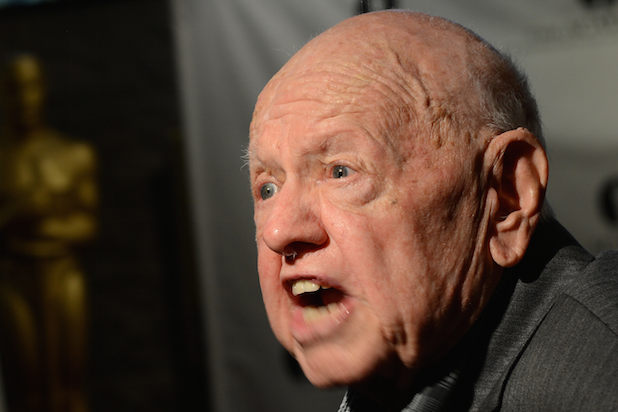 With Mickey Rooney‘s death last weekend at the age of 93, Hollywood has lost one of its most enduring links to the golden age of the studio system.

However, the actor’s legacy extends beyond the post-World War II era, the advent of television and the dawn of edgier, grittier entertainments. He was a singer, dancer and a performer of infectious enthusiasm and with his role as the small town striver Andy Hardy in one of the first film franchises, Rooney came to embody America as it wished it could be — ebullient, kind hearted and picturesquely provincial. In essence, he brought the soda shop to our screens.

Shifting tastes tripped Rooney up at points, leading to prolonged dips in his career, but as the diminutive actor’s waistline expanded and hairline receded, he became an effective character actor, etching memorable supporting turns in the likes of “The Bold and the Brave” and “It’s a Mad, Mad, Mad, Mad World.”

Throughout it all, he never lost his performer’s zeal, and his unquenchable need for applause helped him score one of his greatest career triumphs, a starring role in “Sugar Babies,” the nostalgic Broadway musical that proved Rooney could still hoof it with the best of them.

Here’s a look at five of Rooney’s greatest performances:

Rooney plays a tough-talking hoodlum who turns away from a life on the streets and reforms his ways thanks to the efforts of a kindly priest (Spencer Tracy). The portrayal of juvenile delinquency seems dated — it’s more Grover’s Corners than ghetto — but it proved that Rooney could tackle dramatic roles and hold the screen with a heavyweight like Tracy.

The original “let’s put on a show” musical paired Rooney with Judy Garland. Both performers are so fresh and youthful here that it almost hurts to look of them, but they radiate energy and charisma and it’s easy to see why “Babes in Arms” was a box office smash that solidified both performers’ places in movie history. It scored Rooney an Oscar nomination for Best Actor and includes such memorable musical numbers as “Good Morning” and “God’s Country.” Corny, but irresistible, just like its star.

The greatest of Rooney’s mid-career supporting turns finds him as a trainer struggling to help his friend, a fading boxer (Anthony Quinn), envision a life for himself outside the ring. It’s one of Rooney’s darkest roles and one of his finest. He’s not just skating by on charm in this one.

There’s a literal twinkle in Rooney’s eye in this sophisticated family adventure. The actor’s scene-stealing work as a retired jockey scored him another Oscar nomination and solidified his comeback after a decade spent laboring in forgettable films. His touching performance elevates the film while reminding viewers what they had been missing.

This musical review was a certified Broadway smash, pairing Rooney with another staple from MGM musicals, Ann Miller. Together, they were electrifying, resuscitating old vaudeville bits and singing and dancing their way through standards such as “Sunny Side of the Street” and “I Can’t Give You Anything, but Love, Baby.”