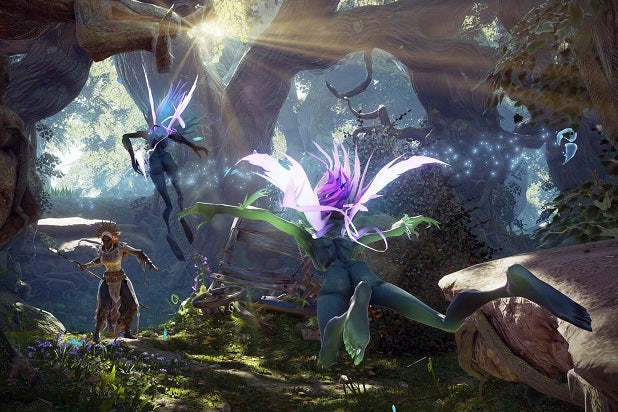 Microsoft Studios Europe Hanno Lemke has announced plans to shutter two of its video game development studios in Europe: Lionhead Studios, responsible for the long-running Xbox-exclusive Fable series, and Press Play, which was working on a smaller Xbox One title known only as Project Knoxville.

Production on Fable Legends, an Xbox One game that had been in development for several years at Lionhead and is currently in a private beta test release, has been halted completely and may never resume.

The news came via a post on Xbox Wire.

Lemke’s announcement was light on substance and details, saying that the decisions to close Lionhead and Press Play were “tough decisions and we have not made them lightly.”

“These changes are taking effect as Microsoft Studios continues to focus its investment and development on the games and franchises that fans find most exciting and want to play,” Lemke wrote.

When asked how shifting priorities at Microsoft studios would necessitate a change as seismic as the closure of these two game studios, a representative of Assembly, Microsoft’s external PR agency, speaking in response to inquiries directed at Xbox boss Phil Spencer, issued this statement to TheWrap:

“These decisions were guided solely by our continued evaluation of how all the games in our portfolio fit with our long-term vision to make Xbox and Windows 10 the best places to play, and it became clear that these games and projects did not meet that criteria.”

Spencer has tweeted about the big changes in response to fan queries on Monday, reiterating the company’s support for big-budget gaming within Microsoft’s own studios and hinting that there’s a lot going on behind the scenes. TheWrap was told that Spencer is not available for interviews at this time.

@Nahkapukki That is not our plan at all. We want to support the biggest games possible.

@tgh9920 @PNF4LYFE @pengy_gamer It's impossible to go into all the detail and I apologize for that. Just know I'm committed to our 1P.

So it remains unknown why one of the biggest and best-known game development studios in the UK is being closed down.

(“UWP” is short for Universal Windows Platform, which is a means to allow programs to run on any device with Windows 10. “1P” refers first-party studios, or those owned by Microsoft.)

The closure of Lionhead in particular is a big deal for the video games industry and Microsoft. Founded in 1996 and purchased by Microsoft in 2006, Lionhead has in the last decade been one of the best known Microsoft-owned game studios, behind only the now-independent Bungie (creator of Halo) and 343 Industries, which took over the Halo franchise after Bungie left.

The spokesperson for Microsoft also mentioned that Microsoft will “will be elaborating more on our overall vision for Xbox and Windows 10 gaming at E3 [the Electronic Gaming Expo]” this summer.