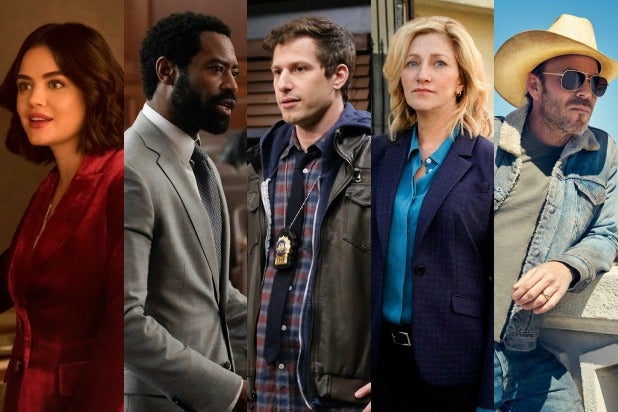 We’re eight weeks into 2020, which means the rollout of midseason TV shows is in full swing.

While fall brought with it the returns of your favorite broadcast shows — and the debuts of several new ones — the colder months mark the time when many of those shows go into hibernation and fresh programming wakes up.

Because the broadcast networks are now gearing up to launch several new shows — and to bring back a lot of your faves — TheWrap has rounded up the list of broadcast’s Winter/Midseason 2020 premiere dates.

And we know when oldies but goodies will come back with new seasons, including NBC’s “Songland,” ” Fox’s “Mental Samurai,”” CBS’ “Man With a Plan,” ABC’s “American Idol,” and The CW’s “Roswell, New Mexico.”

See the full list of broadcast’s winter/midseason premiere dates below, which TheWrap will continue to update as more become available.

With Thanksgiving just one day away, you are now officially allowed to start listening to "All I Want for Christmas Is You" (if you haven't been since Nov. 1, that is), baking cookies, shopping for presents and -- most importantly -- tuning into those holiday TV specials you look forward to throughout the less festive times of the year. TheWrap has rounded up all the new ones (and just a couple fan-favorite rebroadcasts) you can't miss this season. Click through our gallery to check out the list of 2019's holiday-themed TV givings.