“When I say I’m gonna handle something, I’m gonna handle it.” Miles Teller talks tough as producer Albert S. Ruddy in the teaser of the behind-the-scenes story of how “The Godfather” was made, despite opposition from the mob about its portrayal of Italian-Americans and word that Frank Sinatra wants to shut the picture down. 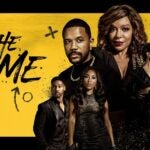 Also Read:
‘The Game’ Renewed for Season 2 on Paramount+

The trailer also shows Matthew Goode nailing legendary Paramount Producer Robert Evans’ colorful way of speaking. And he gets all the best lines, as he tells Ruddy: “You want to be a producer? Beg, borrow, steal, do whatever it takes,” and “You got brains, and you got balls. Try using both.”

“The Offer” will premiere on Thursday, April 28, exclusively for Paramount+ subscribers in the U.S. The first three episodes of the 10-episode series will be available to stream at launch. Following the premiere, the remaining seven episodes will stream weekly on Thursdays.

The series is created and written by writer Michael Tolkin (“Escape at Dannemora,” “The Player”) and also written and executive produced by Nikki Toscano (“Hunters”), who serves as showrunner. In addition to Tolkin and Toscano, two-time Oscar-winner Albert S. Ruddy (“Million Dollar Baby,” “The Longest Yard,” “Hogan’s Heroes”), Miles Teller, Russell Rothberg and Leslie Greif, who also developed the series, serve as executive producers alongside Dexter Fletcher (“Rocketman”), who also directed the first block of the series.

“The Offer” will also premiere exclusively for Paramount+ subscribers in Canada, Latin America, The Nordics and Australia.