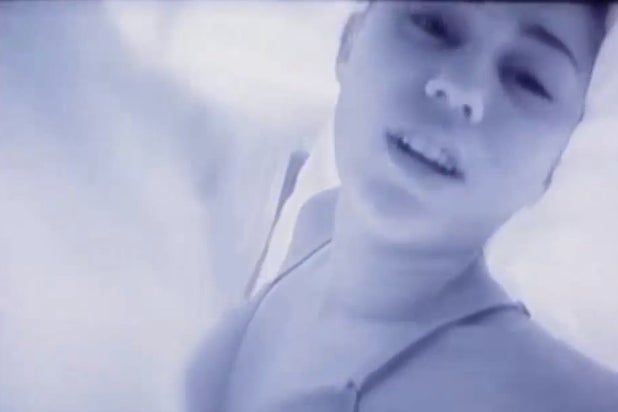 As if Miley Cyrus didn’t already love herself enough, the pop star loves herself all over the bed in the new NSFW music video for her sexy ballad, “Adore You.”

“Adore You,” which features Cyrus in a nude bra and underwear holding a camcorder, biting the sheets, sucking her thumb and licking her own hand, leaked on the internet a day earlier than it was set to debut on Vimeo. The singer was not pleased about that, calling the offender a “fuck face” on Twitter.

We all know Smilers would break another record if it wasn't for the fuck face who leaked my video. Alllllll good! Keep smiling 🙂

After much rolling around alone between the sheets, at some point in the music video, the former “Hannah Montana” actually puts more clothes on to enter the bathtub. The rubbing and posturing doesn’t subside one bit though, it just takes place mostly under the water line.

Watch the video below, just not in the cubicle or in front of the family (if you’re fortunate enough to be off all week):