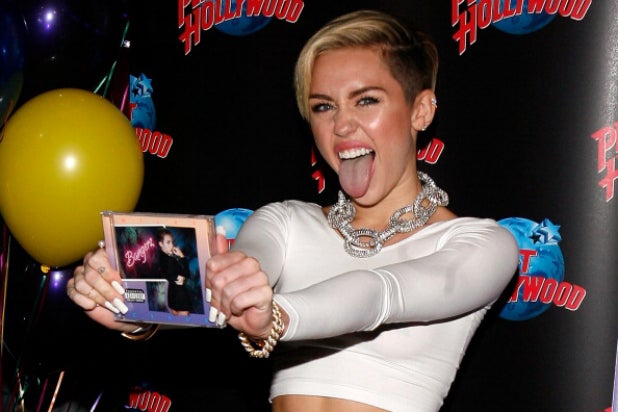 Harken, for one of the great mysteries of 2013 has been solved: What’s up with Miley Cyrus‘ tongue?

No, it isn’t a tribute to Michael Jordan. Cyrus explains in a clip from Wednesday’s “Barbara Walters Presents: The 10 Most Fascinating People of 2013” that she sticks out her tongue because she is embarrassed to get her picture taken.

See? She’s shy. You know how it is: Sometimes you’re twerking in your skivvies with stuffed animals and then, hey, what’s that camera doing there? How embarrassing. So you stick your tongue out.

Walters was kind of impressed by Cyrus, saying on “Good Morning America” that she is “much wiser than you would expect from seeing the antics.” She seemed to be referring to the VMA twerking and tongue-sticking.

One piece of Cyrus’ wisdom? Don’t Google. After Walters informed her that some people have called her “desperate,” “deeply troubled” and “disgraceful,” Cyrus said she hadn’t seen those complaints — because she doesn’t seek them out.

“The minute I stopped Googling myself, you don’t imagine what a happier person I am,” she said.

The latest “Most Fascinating People” specials is also the last one. This time next year, we’ll have to use Google for the latest on celebrity tongues.