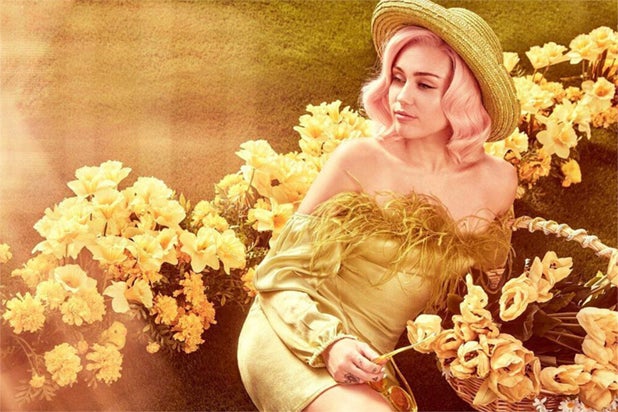 Miley Cyrus shared a few shots from an Easter-themed photoshoot on her Instagram account ahead of Sunday’s holiday, and one strangely sexual image has raised some eyebrows.

Shot by photographer Vijat Mohindra, the photo shows Cyrus bent over the knee of the Easter bunny, with its hand raised as if to spank her.

Though the reaction to the image and the rest of the shoot was largely positive, a few of the commenters on Cyrus’s post objected to it’s apparent sexual nature.

“Easter is the day of Jesus… can we have ONE day with u having clothes on,” wrote one angry commenter. “And the Easter Bunny is officially ruined for kids who follow her account,” wrote another.

Miley Cyrus is out here posing half naked “for Easter.” She better not have any bible quotes posted tomorrow. Jesus is ashamed of you

miley really took the easter spotlight away from jesus

The Easter shoot was just the latest installment in what Cyrus says will be a series of photoshoots tied to every major holiday this year. “It started with Valentine’s Day on a shoot with Ellen von Unwerth, went into St. Paddy’s Day partying with some friends, and now it’s Easter,” the actress and singer told Vogue, which first debuted the spread.

Also Read: 9 April Fools' Day Headlines That Turned Out to Be True (Photos)

See the photo below: