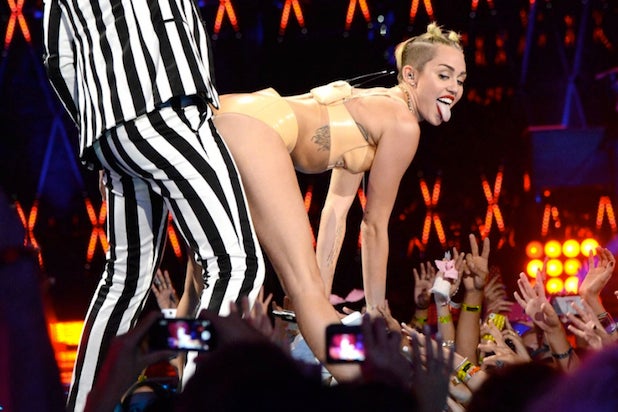 How do you say “twerking” in Dutch?

Fresh off of her tongue-wagging, eyebrow-raising performance on the MTV Video Music Awards, Miley Cyrus will appear in Amsterdam for the 2013 MTV Europe Music Awards (EMAs).

Also read: Justin Timberlake Defends Miley Cyrus: ‘It Was the VMAs, What Did You Guys Expect?’

Cyrus joins other previously announced performers such as Katy Perry and The Killers, neither of whom have stirred the moral outrage of a nation recently quite like former Disney Channel princess has. No telling if Cyrus will similarly shock sensibilities at the EMA — Amsterdam has a reputation of being pretty loosey-goosey with its morals.

Justin Timberlake and Macklemore & Ryan Lewis lead the pack in nominations this year with five each. Cyrus, along with Lady Gaga, Justin Bieber and Robin Thicke trail with four nominations each.