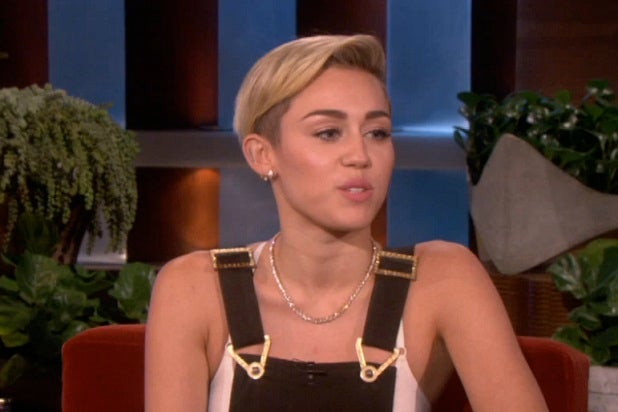 Didn’t appreciate Miley Cyrus‘ crotch-grinding, butt-gyrating, foam-finger abusing performance at the MTV Video Music Awards? The singer has a message for you: You’re nothing but a lousy hypocrite, and you just don’t get her artistic tendencies because you’re just a “normal” person.

Cyrus, who raised the eyebrows of the usual suspects at this year’s VMAs, dropped by “The Ellen DeGeneres Show” on Friday to speak at length about her performance. As far as she sees things, if you weren’t equally outraged with duet partner Robin Thicke you’re guilty of applying a double standard.

“No one talks about that. No one care about the man behind the booty, they only care about the one who was shaking it,” Cyrus opined. “It’s [a] double standard … He was in rehearsal as much as I was and loving it, people.”

Also, unless you were also put off by Lady Gaga’s VMAs performance, that also makes you a hypocrite.

Cyrus really can’t understand what your problem is anyway, because she just can’t put herself in the state of mind of a commoner such as yourself.

Watch Cyrus point out your moral shortcomings in the video: