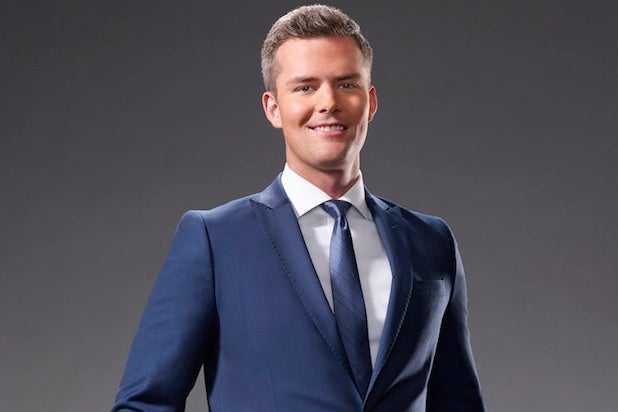 “Million Dollar Listing New York” returns Wednesday after a season that saw some pretty extreme upheaval between its cast members.

“I’m going to turn 30 in the beginning of July and I learned a lot last year about myself, real estate, the show, the publicity, how to control myself, but also how to be careful around people like Fredrik Eklund,” Serhant told TheWrap.

See video: Bravo’s ‘Flipping Out': Pregnant Jenni Worries About Tearing… Down There (Exclusive)

The series follows the ups and downs of three slick real estate agents in the Big Apple. Last season, Serhant and cast mate Louis D. Ortiz found themselves at odds with Fredrik Eklund. Serhant and Eklund’s conflict escalated into a potentially career-ending revenge plot by Serhant.

TheWrap: One major change this season: You have a girlfriend?
Ryan Serhant: This season, I was somehow able to convince somebody to be my girlfriend for a good period of time. We get to see that for all of its ridiculous glory. That’s one of the things I like about this show. It’s a real estate show, yeah, but it’s not just about the transactions. You get to see me, say, decide whether I should go to this pitch or actually go meet my girlfriend out for dinner? Drama.

Also, Fredrik and Louis are working for the same company this year. How does that affect the dynamic?
We’re all independent contractors, but yes, they are together now. It gets a little heated in terms of how their relationship changes and how I interact with both of them. I’m like the other woman. There’s a significant amount of turmoil. I thought Season 1 was nuts, then Season 2 happened. I thought Season 2 was bananas with the way it ended and the revenge plot. But after dealing with these guys, it’s all-out mayhem.

What have you learned specifically after what went you went through with Fredrik?
Trust no one. It’s real estate in general. Grandmothers will lie to your face to save five dollars. It’s mindboggling what people will do in this business to skirt around commissions or to get a better deal. You can see that on the show.

Tell me one thing you respect about Fredrik and Louis, and one thing you think they should work on.
Fredrik is a master salesman. He’s really got a presence and can convince people to do things they really don’t want to do. Luis’s drive, to come here from Puerto Rico, move to Florida and then to New York and do as well as he does, he has a drive I just envy. Things they could work on? I think Luis could be more organized. And as he becomes a bigger agent, he’s going to realize that structure is going to be the key to his success. And as for Fredrik… Karma is a bitch.

Bravo has announced that it’s going forward on a Miami series of “Million Dollar Listing.” Why do you think the franchise is so successful?
The life of a real estate broker is so crazy. I can see that now. It’s entertaining and interesting TV. So, wherever there is a great real estate market like Miami, like Los Angeles and New York City, this show is just naturally gravitating to those places. It’s awesome. Also, every time they start something new, it’s a testament to how good our show is. If it was terrible, they wouldn’t make more.