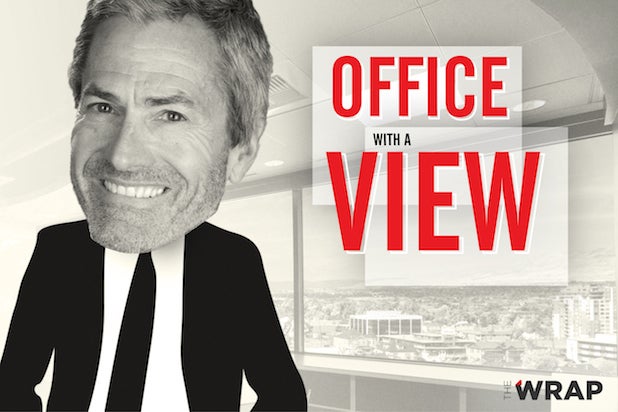 Over the past two decades, veteran producer and president of Bayonne Entertainment, Rob Lee, has produced more than 500 hours of scripted and non-scripted programming, including Bravo’s “Millionaire Matchmaker” and “Euros of Hollywood,” and OWN’s “Love In The City.” Previously, he produced “Randy Jackson Presents: America’s Best Dance Crew” for MTV, and NuvoTV’s “House Of Joy.”

If that’s not enough to make you dizzy, Lee is also producing several pilot presentations, including “Fountain of Youth” for HBO, “The Post Game” for USA, and “Family Love” for Bravo.

Lee spoke with TheWrap about what it takes to keep a long-running show fresh, surviving the ever-changing landscape of both scripted and unscripted television shows, and the one career moment he will never get over.

TheWrap: Your longtime franchise, “Millionaire Matchmaker,” has gone through some interesting format changes this season. How do you know when it’s time to kind of tweak something?
Rob Lee: I think you always have to keep it fresh without taking away the heart of it. You can certainly enhance it, although it does take a lot of finesse. In the case of “Millionaire Matchmaker,” we included many celebrities and that’s sort of a breakthrough. They’re really emotionally involved in something like love and relationships. Patti (Stanger) is incredibly democratic. She doesn’t care if you are rich or famous. She’s going to tell you the way it is. You get the truth. I think that’s makes the situation and the season more fun. “The Apprentice” went the celebrity route and the entire franchise was revived, so I think that’s a good example.

“Euros of Hollywood” is a wacky world. Why were you attracted to that show, and how did you sell it to Bravo?
It’s the reality of the TV business. We’re all interested in subcultures. Whether it’s somebody on TLC with multiple wives or “Shahs of Sunset,” it’s interesting to watch people in a swamp. We’re taken into these worlds, and as long as the world is intriguing, and the people we cast are good, it makes for great television. The concept of Europeans living here in Los Angeles is a perfect example. They embraced the American dream and attacked it. In a way, it’s a lesson to a lot of Americans. Not to mention, they’re outrageously funny to watch. But, at the end of the day, the joke isn’t on them. You know they are accomplishing the American dream better than 99 percent of most Americans.

Competition shows like “American Idol” and “X Factor” are seeing fewer viewers across the board. “Utopia,” which by all means is a very forward thinking project, did not get the eyeballs it was hoping for. Eventually it got the ax. Are producers scrambling to figure out what it is people want to watch when it comes to reality shows?
We’re seeing incredible pressure to increase profit margins. The price paid for an advertising spot is being squeezed because ratings are going down. People are watching more of their shows on DVR. We need to better-monetize shows. The old traditional way of making money is being challenged and that’s forcing everybody think outside the box. The problem is, no one wants to take any risks because promotion is so expensive. So people end up going back to the tried and true.

As people try to figure out how to monetize delayed viewing, there seems to a move toward live-event viewing like “Sound of Music” and “Peter Pan Live.” What are your feelings on that?
ESPN, Fox and Comcast have football games, NBC has the Olympics, and TNT has the NBA. The values are becoming calculable because of that live aspect. You look at a great company like Dick Clark Productions. They control a number of major live events that get good ratings. They’ve learned how to take advantage of those assets to create the largest revenue stream. They have something incredibly special because of its live nature. But as successful as Nik Wallenda was, it’s getting harder to keep impressing the audience. How do you make it financially feasible when some of those big events are extremely costly? There’s a finite amount of things you can do live that is really going to grab people’s imagination.

What kind of pitches are you getting? What’s the big trend these days?
Comedy. Even if you have a good format, you need to have comedy in it in some way.

Also Read: Disney Interactive President on Life After Shakeup, Staying Ahead: ‘We Need to Change the Tires’

Like “Chrisley Knows Best?”
That is correct. It’s the ultimate place to look. “Chrisley Knows Best “ is a living sitcom in a reality garb and it’s done very well. I’m working in that area right now and I think you need very special talent. They’re not comedians, but they need to be naturally funny. You cannot script it. The audience will see right through it and it will not ring true.

What is the most memorable experience with a network that you’ve had?
The most memorable situation I’ve ever had was the non-airing of “Welcome to the Neighborhood” [by ABC]. I am probably more proud of that show than anything I’ve ever done. It served to get rid of intolerance and prejudice in such an amazing way, not only for the people who would have seen it, but the contestants as well, even those who were eliminated. I think Logo ran a beautiful story on the family that won the house and how it changed their lives so much for the better. That was a tough one.

“Millionaire Matchmaker” currently airs Sundays at 9 p.m. on Bravo. On Jan. 1, it moves to Thursdays at 10 p.m.. The “Euros of Hollywood” season finale airs Monday evening at 12:30 a.m., also on Bravo.