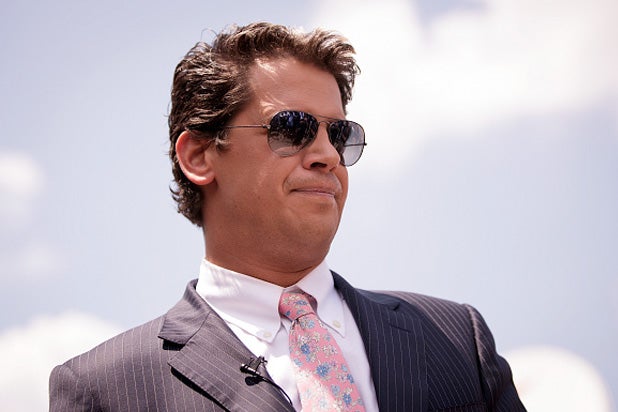 Milo Yiannopoulos says he has raised $12 million for a new media venture that will make life a “living hell” for people he describes as professional victims.

Yiannopoulos, who was dropped as an editor of Breitbart News earlier this year after making comments that were widely interpreted as excusing pedophilia, did not disclose who his new investors are. But he said his new Miami-based company, Milo Inc., would include 30 people and manage his books, tours, merchandise and radio and TV appearances.

“I will spend every waking moment of the rest of my life making the lives of journalists, professors, politicians, feminists, Black Lives Matter activists and other professional victims a living hell,” he said on his Facebook page. “I will fight harder and look hotter than anyone else on the political right. And I will do more damage to the political left than anyone else in American culture.”

He also announced plans for a fall Free Speech Week at UC Berkeley, where protests against a talk Yiannopoulos had planned in February resulted in  $100,000 in damages, CNN reported. (The speech was canceled.) And he said he would release plans soon surrounding “Dangerous,” the book Simon & Schuster dropped after his comments about relationships between adult men and teen boys.

In February, a video surfaced in which Yiannopoulos said some relationships between adults and 13-year-olds are consensual. He also joked that being molested had made him good at oral sex.

Besides being dropped by his publisher and Breitbart, he also lost his chance to speak at the Conservative Political Action Conference.

He denied any endorsement of pedophilia, writing on Facebook: “I am a gay man, and a child abuse victim … I would like to restate my utter disgust at adults who sexually abuse minors.”