Milo Ventimiglia is reuniting with Amy Sherman-Palladino once again.

The actor will be return to “The Marvelous Mrs. Maisel” for its upcoming fifth and final season as a guest star. The last installment of the series is currently in production in New York.

Ventimiglia was known only as Handsome Man in Season 4 of “Maisel,” when Midge encountered him in Episode 7 while walking through Central Park. The pair immediately engaged in conversation, a flirtation, and then a hookup that was interrupted by Handsome Man’s wife.

It’s not clear which episodes of Season 5 Ventimiglia will appear in, or how much more we’ll learn about his character, but it’s safe to say that his storyline isn’t over just yet. 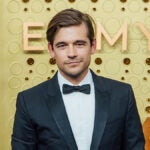 Ventimiglia reunited with Sherman-Palladino and her husband Dan Palladino, the creators and EPs of the Prime Video series, for Season 4 after starring in several seasons of “Gilmore Girls.” He, of course, played one of Rory’s (Alexis Bledel) love interests, the brooding Jess Mariano.

Ventimiglia isn’t the only “Gilmore Girls” alum who appeared in Season 4 of “Maisel.” Kelly Bishop was also part of the season. It was previously announced that Bishop will also be reprising her role, Benedetta, in the upcoming farewell season.