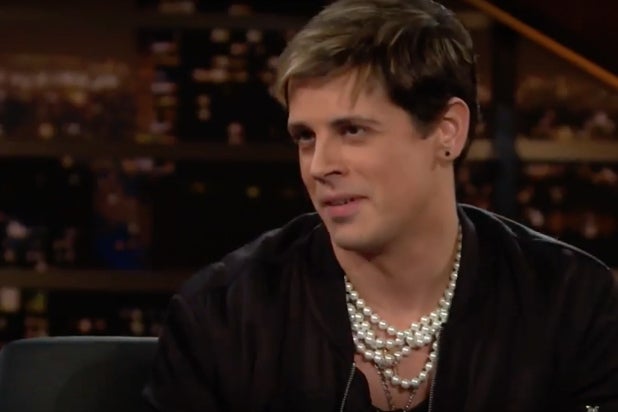 He’s right, they are: Because transgender are disproportionately the victims of those types of crimes.

For details on this, you can click here or here or here . (And bear in mind that whatever numbers you hear about attacks on trans people might be too low: There are widespread complaints that crimes against transgender people are undercounted.)

The point Yiannopoulos was trying to make — that we should be worried that trans women will commit sexual assaults if they’re allowed to use women’s bathrooms — has been shot down here and here and here.

Yiannopoulos’s own publication, Breitbart, recently listed cases it cites as proof that there’s a danger of men assaulting women in women’s bathrooms. We agree, that’s a real concern.

But nearly every example cited by Breitbart involves men, not transgender women — that is, women who were identified as male at birth, but who now identify themselves as female.

In fact, of the more than 20 cases cited by Breitbart – you can read the article here — there is only one case in which one of the suspects purportedly claimed to be transgender.

As Larry Wilmore noted in the “Overtime” segment, it’s easy to pull one person from a large group to stereotype the larger group.

That’s when Yiannopoulos said transgender people are disproportionately involved in sexual assault, and that that was “not a controversial statistic.”

He’s right — it’s not controversial at all to say trans people are “disproportionately involved” in sex crimes.